If the beginnings of the sons-in-law government was like this, what about its ends? The independent specialist ministers astonished the general public with the opinions they presented and the rulings they distributed, rather the mistakes they committed in a record time!

The first and clearest error was committed by the Minister of Social Affairs Hector Hajjar. The latter is an expert in everything! A journalist asked him about something, so he gave a lecture inspired by his permanent trips to the world! He said that he has visited half the world and that he spent most of his time outside Lebanon. What did Sindbad reap from his trips?

The harvest is plentiful, as it is enough to mention that he wants the Lebanese to go back to the previous era before diapers and to stop using tissues in order to save money and support the public budget. These are two strange proposals, yet a wise man may be able to comprehend it. But if the matter comes with Hajjar to the point of asking Lebanese to refrain from eating yogurt because it is liquid and weakens the will and strength, and to replace it with eating solid foods, this is a “philosophy” that no one talked about before him.

Excuse me, Mr. Minister: Where did you learn this wisdom or this unprecedented recipe? Rather, before that, who gave you the authority to talk about medicine, nutrition, economics, money, and environment? A little of humbleness, Mr. Hajjar, you are just the Minister of Social Affairs, and this is your sole domain, but we are afraid that your “understandings” in social affairs is similar to your “understandings” in the health matters, as well as dairy and cheese! Then we have to bid Lebanon a farewell! 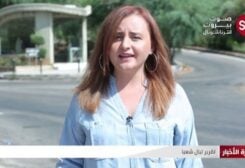 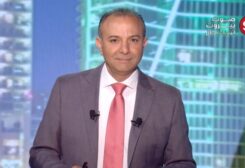