Prime Minister Najib Mikati arrived rapidly in the Élysée Palace, to meet President Emmanuel Macron who has been waiting for a new Prime Minister for thirteen months, in order to prove to the French, Lebanese, Arabs, and international public that the French initiative has not died. But the truth is quite different, as the French initiative has died, and what remained from it is just a “caricature” that does not reflect the truth and reality.

It is enough to remember that the French initiative stated forming a government of specialists within two weeks. But what was the result? The two weeks turned into thirteen months, and the independent specialists were distributed as quotas among the forces and parties of the authority, which brought Lebanon to the current catastrophic situation. So, the French initiative so far is a slogan that has no convincing content.

Macron’s speech in the Élysée Palace shows that the man is in front of a fateful electoral entitlement next year and insists on completing the initiative. He has insisted the new Mikati’s government must take urgent reform measures, combat corruption, and implement constructive reforms in the energy sector. The government is also required to negotiate with the International Monetary Fund, and undertake the Parliamentary elections on time.

Is Mikati’s government that will not last more than seven months able to achieve these entitlements? Can a government formed by corrupt politicians be able to combat corruption and implement reforms? It is obvious that Macron himself is not convinced of the capabilities of the new government, and the evidence is that when he spoke about the expected international aid, he said that it should reach directly to the citizens in order to achieve tangible results.

Doesn’t this mean that even the “sponsor” of the government does not trust it, nor the mechanism of its formation, nor the results that it can achieve? How can such a government gain the confidence of the Lebanese, Arab and international communities? 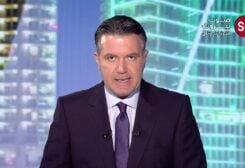 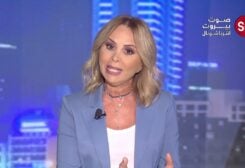