The fires are expanding in Lebanon, and the almost collapsed state is unable even to play the role of a firefighter, from Qobayat, Akkar and Hermel in the past days to Deir al-Qamar today.      Natural fires that are spreading, may or may not be artificial, but they are a vivid image of the many Lebanese fires in security, economy, financially and, of course, politically.

The political issue may be the engine for everything, and the axis in it, is always about forming the government. Thus, the past week has run its course, and the government has not yet been formed, and what has not happened in 7 days seems not to be achieved quickly. Verbal skirmishes returned between the President of the Republic and the Prime Minister-designate, which reminded us of the time of skirmishes between the Era team and Saad Hariri’s team.

Sources concerned with government affairs indicated to “Sawt Beirut International” that the level of optimism is declining and that the terms and conditions have returned to control the governmental scene again, especially in light of the commitment of the Covenant team to its demands.

On the other hand, sources close to the “Strong Lebanon” bloc called on President Mikati to show flexibility and get out of the knot of former prime ministers. A closer look at the two leaks confirms once again that the Aoun and Mikati teams have sacrificed their positions, and that neither of them will be able to concede to the other.      Neither Aoun nor Bassil are ready to concede before the club of former prime ministers, especially before the parliamentary elections, just as the members of the aforementioned club are not ready to succumb to the president’s team.

So the initial picture suggests that there is a conflict between the political Maronite and the political Sunni. But examination reveals that the battle is fabricated. The real battle in Lebanon is not a battle of rights and powers, but rather between those who want to preserve Lebanon’s identity and those who want to paint the country in the Iranian color and with the flags of the state of opposition. When will we stop being distracted by details and remember the reality of the conflict before it is too late? 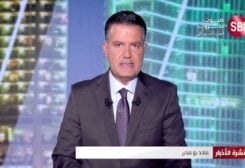 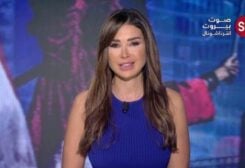