Judiciary Independence swinging and the authority contains street anger with a 3900 pounds per dollar bribe.

Crises are piling up, fuel on its way to Guinness and medical laboratories are threatened

Lebanon’s most beautiful beaches are prey to sewage pollution

A new legal and judicial massacre committed by the Lebanese authorities, with a fully eased conscience and without any hesitation. In principle, the judiciary is completely independent from other authorities and its decisions and rulings do not fall within the framework of the political- by the hour- opened bazars. In Lebanon, it is reciprocal, as soon as the judicial decision was issued to suspend Circular No. 151 issued by the Banque du Liban regarding calculating the dollar on the basis of 3900 pounds, things got upside down, the judicial decision became a deliberating subject at all levels, in the media, politically and popularly. Matters got mixed, and the independence of the judiciary was swinging. The State Shura Council’s decisions and rulings became subject to interventions, approaches, communications and conversations, and the massacre concluded with what happened in the Republican Palace, where the defendant, i.e. The Banque du Liban, represented by its ruler, met with the State Consultative Council, represented by its president, and under the President of Republic’s auspices. The goal is to reach an honorable way out of the judicial decision that threatens the economic and social security of most citizens. Is such an intervention acceptable and permissible? Hasn’t the head of the State Shura Council felt annoyed, because he had to give up a decision he had taken, as if nothing has happened?  and more importantly, what has happened to the judiciary independence, everyone has been talking about recently? Has it been buried permanently in Baabda Palace?

The Political situation is no better, although statements and counter-statements’ storm has been partially subsided, but its effects and its damages remain. President Nabih Berri’s initiative has fallen, and the French initiative is not better off, and with the fall of the two initiatives, we are left with the Patriarchal proposal, concerning the formation of a government of poles to manage the crisis. Is the mentioned proposal realistic and feasible, or will the Rahi proposal’s fate will have the same “fate” of Berri and Macron initiatives? 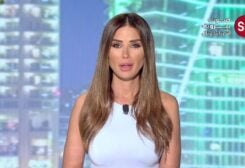 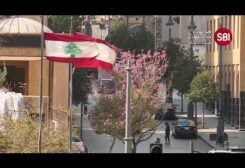 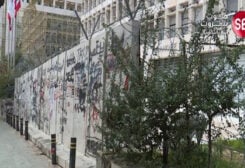