– Should the Lebanese be reluctant in taking AstraZeneca vaccine?

– A minister’s heroism with regard to the return of displaced Syrians is only ink on paper.

The U.S. dollar is top – nay shocking – news for today. For the first time in Lebanon’s history, the USD exchange rate exceeds 12,000 Lebanese pounds. Unfortunately, it’s no news but rather a catastrophe.

Before the pound hit such lows, the Lebanese citizen had already been struggling to secure the most basic survival means. As 1 USD equaled 8,000 LBP, he felt like he’s not protected anymore so how about the USD exchange rate reaching 12,000 LBP today?

Meanwhile, Lebanese officials are sitting idly by. And let’s suppose that the President of the Republic will summon the Governor of the Central Bank, Riad Salameh, as happened last time when the USD exchange rate exceeded 10,000 LBP, what will happen then? Nothing, except for an old populist statement issued by Baabda Palace, in addition to wishes, instructions and recommendations that have no practical value and that will go unheeded.

The world’s top diplomats in France, Britain, Germany and USA have said it with a non-diplomatic wording: the real problem consists in a corrupt and disappointing political ruling class. Yet, this class is impudent to the extent that it continues to lie to the people while claiming transparency and patriotism.

Dear Sirs, now the mask has fallen. With or without a government, with or without a parliamentary session, your truth has been revealed. So stop acting in front of us instead of representing us and get off the stage because you are no leaders, officials or even heads of parties. You are nothing but bad and failed actors so you better stop this failed play before the stage collapses and the country falls on everyone’s head. 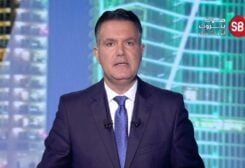