The dollar soared, the dollar tumbled. Two phrases are being repeated daily in Lebanon. In the last two day, the dollar has been taking a clear downward trend, as after its exchange rate exceeded 18,000 LBP it plummeted on Tuesday to less than 17,000 LBP. No one can analyze why this is happening.

The dollar stock exchange moves up and down without anyone knowing the reasons behind that. The factors behind the rise and the drop in the dollar rate is subject to bourse game, likewise everything in Lebanon. Oil derivatives, pharmaceuticals, and even consumables are bourse. Only the salaries of workers and employees are fixed albeit its value is declining every day, due to the deterioration in the exchange rate of the pound against the dollar.

Likewise, the economic and financial situation, the political bourse is running 24/24 without being stabilized. The most prominent political debate these days revolves around a fundamental question, will Hariri apologize or no?

According to recent discussions, Hariri will inevitably apologize for two vital reasons. The first is due to the internal complications and the covenant’s insistence on making Hariri desperate and therefore,  driving him to apologize. The second reason is Saudi’s dissatisfaction with Hariri, which is complicating the government formation, and even making it impossible.

It has become obvious that the countries that were insisting on Hariri to form an effective government, mainly France, has gave up after it realized that the latter is unable to complete the process and that even if he formed a government, he will never succeed in his mission for many reasons.

Hariri’s apology will definitely come, but the problem is in timing. Hariri does not want to apologize now, but he rather prefers to buy time, even if it is at the expense of the country. This means that he will apologize in the appropriate date to boost his popularity 11 months before the parliamentary elections. Should the whole country pay the cost of Hariri’s elections? 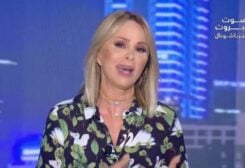 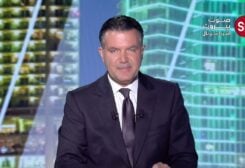