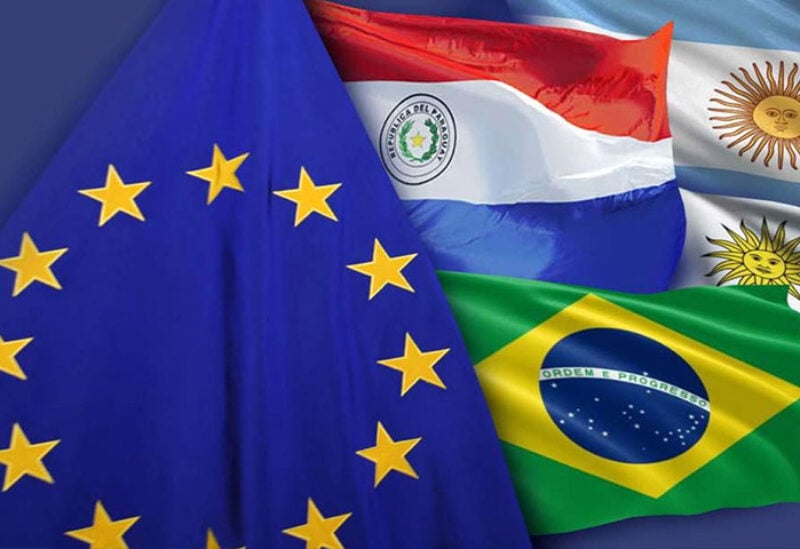 As the European Union looks forward to a fresh start with the United States under a new president, it is riddled with doubts over another transatlantic relationship.

A trade pact struck in 2019 with the Mercosur bloc of Argentina, Brazil, Paraguay and Uruguay after two decades of talks promised to be the EU’s largest deal, with the removal of 4 billion euros ($4.8 billion) of import tariffs on its products.

But two years later, it is unclear when – or whether – it will enter force due to Europe’s concerns over Amazon deforestation and skepticism about Brazil’s commitment to tackling climate change under President Jair Bolsonaro.

The doubts are amplified by a new EU trade strategy unveiled in February that says would-be partners of the world’s richest trade bloc should uphold standards on the environment and labor rights.

While few noticed when the EU began talks with Mercosur in 1999, scrutiny of trade deals has since intensified, particularly after the bloc launched Transatlantic Trade and Investment Partnership (TTIP) negotiations with the United States in 2013, drawing mass protests.

The EU seeks greater cooperation with the United States on trade now U.S. President Joe Biden has replaced Donald Trump, but TTIP talks, suspended in 2016, will not be revived.

The Mercosur saga is being closely watched by other potential partners, aware that an investment accord agreed with China in December also faces close inspection.

“Trade is hard enough as it is. These extra issues just make it more difficult for the EU to do deals with anyone else,” said David Henig, a director at pro-free trade think tank ECIPE.

Apart from Australia and New Zealand, there were no “easy deals” left on the horizon for the EU, Henig said, noting potentially tough negotiations to come with ASEAN countries, including Indonesia and the Philippines.

Portugal, with close ties to South America, made concluding the deal a priority of its presidency of EU affairs in the first half of 2021, saying Europe’s credibility was at stake.

A trade accord needs backing from the European Parliament and EU members to enter force and far from all are convinced.

France and Ireland, both beef producers wary of meat imports, threatened to block the deal months after it was agreed, as fires ripped through Brazil’s rainforest.

Austria has since taken the lead. “No to Mercosur” is written into its new government accord and Vice Chancellor Werner Kogler, a Green, wrote to Portugal’s prime minister this month, saying Austria would “do its utmost” to oppose the deal.

Brazil’s agriculture minister Tereza Cristina Dias and the vice president Hamilton Mourao say environmental concerns are a mask for European protectionism. But both sides recognise the agreement will not pass in its current form.

Brazil, the fifth-biggest emitter of greenhouse gases, has aggressive long-term plans to cut emissions and curb deforestation, but Bolsonaro’s weakening of environmental enforcement has shaken confidence they can be reached.

It won broad support from EU countries for the idea this month. Mercosur countries say they are awaiting a text on climate change and deforestation.

One Mercosur diplomat, asking not to be named, cautioned it should be balanced, not just list EU demands.