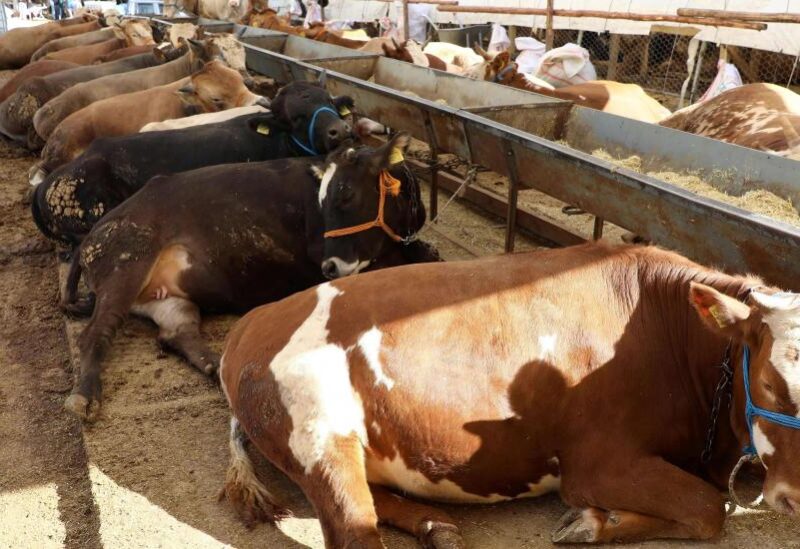 Around 200,000 animals are likely to die after being stuck in the Suez Canal bottleneck without enough food or water to last them the rest of the journey.

Gabrile Paun, EU director for the NGO Animals International, has said that the worst maritime animal welfare tragedy in history could be unavoidable.

One week ago the 400-metre vessel the Ever Given ran aground  on the banks of the Suez Canal, blocking some 400 vessels on either side of it.

Sixteen ships transporting live animals from the EU to the Persian Gulf are among them.

As well as a food shortage and dehydration, due to waste build up the animals can’t lie down, and the bodies cannot be disposed of.

Some 130,000 of the live animals that were shipped from Romania are in a particularly bad situation, reports the EU Observer, as they were supposed to reach the Persian Gulf five days ago.

Despite the fact that the Ever Given was re-floated on Monday, the large build-up is still set to cause significant delays.

EU law stipulates that ships carrying live animals need to carry 25 per cent more food than what they need for the trip but according to animal welfare advocates, this rarely happens.

Even if they had, this wouldn’t be enough to feed and water these animals until they reach their destination.

Romania has a particularly bad track record for failing to meet live animal transport conditions. Last year, over 14,000 sheep died when a ship capsized off the Black Sea coast.

On one trip, the temperature inside a vessel carrying live sheep exceeded 60 degrees Celsius.

The news has prompted calls for an international ban on the live exportation of farm animals.