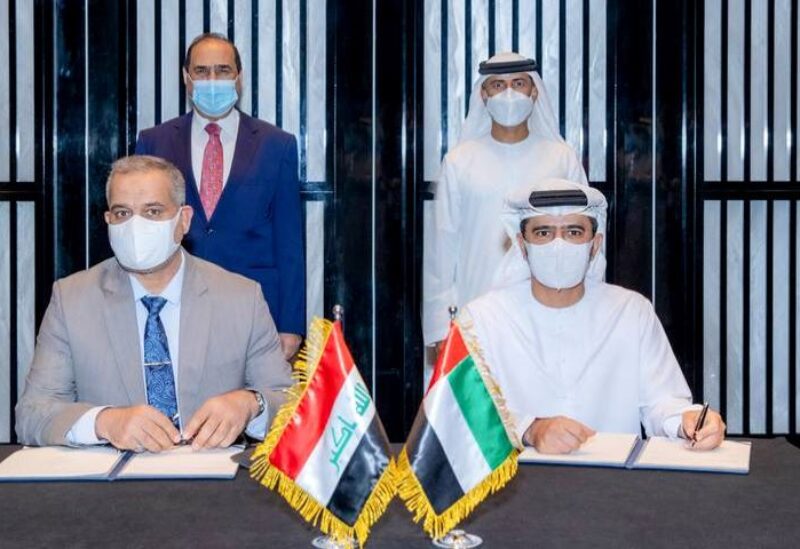 Abu Dhabi Ports, which operates ports, industrial cities and free zones in the emirate, has signed a preliminary agreement with the General Company for Ports of Iraq (GCPI), to explore potential investment opportunities and strengthen co-operation in transportation and maritime sectors.

Abu Dhabi Ports said in a statement on Monday it will also develop national infrastructure in Iraq, such as roads and rail networks, which will connect the country’s Al Faw Ports with markets in Jordan and Turkey.

As part of the pact, Abu Dhabi Ports will conduct feasibility studies on the management and operation of the Iraqi company’s ports and economic zones and other infrastructure, it added.

“Leveraging the lessons learned as part of our nation’s pursuit to develop strategic sectors and build frameworks that contribute to the economic and social development of the UAE, we are transferring this invaluable knowledge to our kin in Iraq in order to support the formulation of a diverse and sustainable economy in Iraq,” he said.

Owned by one of the region’s largest holding companies, ADQ, Abu Dhabi Ports plans to list on the Abu Dhabi Securities Exchange later this year. The listing is subject to market conditions and regulatory approvals, ADQ said this month.

On Sunday, Abu Dhabi Ports said it partnered with the Aqaba Development Corporation to establish a cruise terminal at the Marsa Zayed project in Aqaba, Jordan. It will be the first terminal to be developed by Abu Dhabi Ports in Jordan and its first cruise facility outside the UAE.

“The co-operation with Iraq will also enhance trade and the flow of foreign investments to Iraq and will elevate the quality of maritime transportation and logistics services available in the region,” said Capt Mohamed Juma Al Shamisi, group chief executive of Abu Dhabi Ports.

The preliminary agreement between the two entities is set for an initial period of 12 months with a clause for automatic renewal, the statement said.