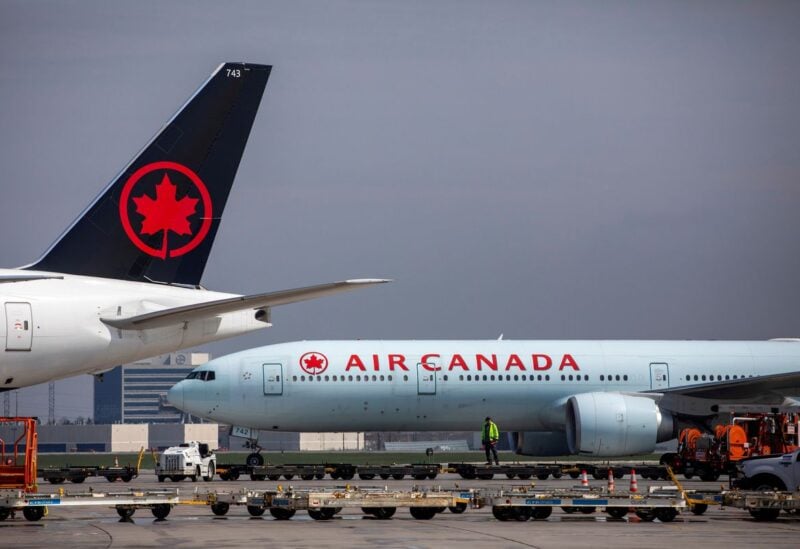 As shippers want to avoid bottlenecks at some U.S. gateways, Air Canada sees a “strategic advantage” for its cargo business in Canadian hubs like Toronto.

Cargo-only flights, buoyed by e-commerce demand, were a lifeline for carriers during the epidemic, when commercial traffic plummeted. Normally, half of all aviation cargo is transported in the belly of passenger planes.

While all-cargo flights are being reduced by North American airlines as passenger traffic recovers, the transition is taking longer in Canada due to a delayed relaxation of travel restrictions.

Cargo remains important for Canada’s largest carrier, accounting for 43% of second-quarter revenue, even as it restores passenger flights, a company executive told Reuters.

“We (cargo) were a single-digit piece of the business before COVID. We hope to be a bigger part of that in the future,” Jason Berry, Air Canada’s vice president for cargo, said in an interview, without providing a target.

Air Canada, which trucks cargo arriving at Toronto Pearson International Airport to its facilities in Chicago and New York, could appeal to freight forwarders seeking alternatives like secondary U.S. airports to bypass the congestion, said Brandon Fried, executive director of the Airforwarders Association.

“Many of the airports in the U.S. in particular have ramped up quickly, and with that rapid growth there has been operational challenges. We’re seeing congestion, massive lines and wait times to recover product at major gateways,” Air Canada’s Berry said.

“We have our own facility in Chicago with our own employees, while a lot of our competitors are suffering because the U.S. has seen such a quick rebound that there is a lot of struggle for manpower down there,” he said.

“With our own facilities we can control our own destiny and effectively bypass much of the disruption. We believe we have a strategic advantage in our Toronto hub, actually all of our hubs: Vancouver, Toronto and Montreal.”

Keeping employees to handle cargo, as opposed to contracting out such tasks, helps airlines have more control over service and workforce when there is a labor shortage, said Stan Wraight, president of Montreal-based Strategic Aviation Solutions International (SASI).

Air Canada’s services could be competitive on time against carriers that fly indirectly to O’Hare, said Wraight, of SASI, which advises airlines, airports and financial organizations on air cargo logistics.

However, the Canadian carrier would lose advantages in efficiency against airlines that offer non-stop direct service to Chicago, he said.

“Competitors of Air Canada with direct flights are on the ground and unloading cargo a day earlier,” said Wraight, whose company has previously done work for the carrier.

Shawn Richard, vice president for global air freight at SEKO Logistics, said the company has increased its volumes with Air Canada, which he said can save two to three days’ time.

O’Hare has processed nearly 1.3 million metric tonnes of cargo through the first half of 2021, a near 50% surge from a year ago, according to the Chicago Department of Aviation (CDA).

Soaring shipments “challenge O’Hare’s cargo ramps, both airside and landside,” but the CDA is taking steps to alleviate congestion and expand cargo facilities, a spokeswoman said by email.

Berry said Air Canada’s introduction of new converted Boeing 767 freighters this year will help its business even as it draws down cargo-only flights on widebody passenger jets from roughly 285 a week during the second quarter to around 125 flights a week later this year.

Freighters, equipped with pallets and a main deck cargo door, are easier to unload than “loose-loaded” passenger planes that moved cargo onto the main deck during the pandemic, Wraight said.

“We know that means more airplanes flying into the U.S. and that opens trade lanes for the globe to feed into and out of the U.S. on our network.”