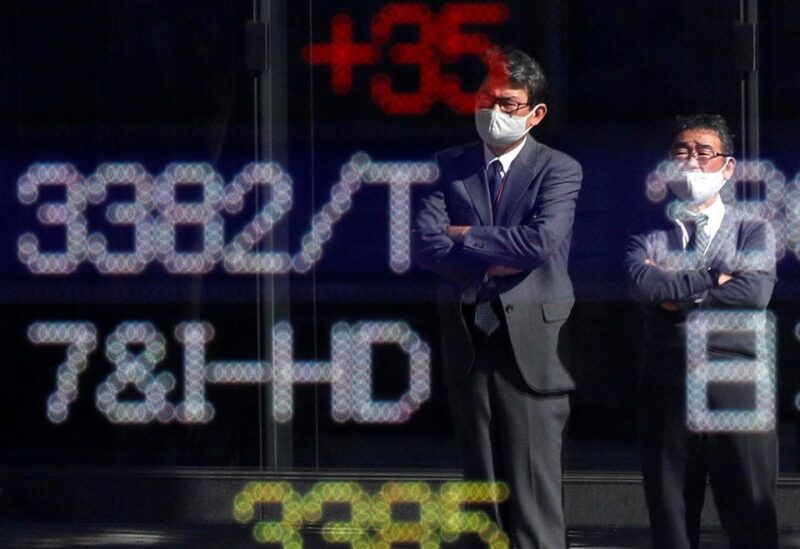 Asian shares advanced on Tuesday, tracking a rally on Wall Street, while the dollar held near a fourth-month low as inflation worries faded after Federal Reserve officials allayed fears about monetary policy tightening.

In Asia, the region’s main regional equity gauges climbed with MSCI’s broadest index of Asia-Pacific shares outside Japan up 1.3% at a two-week high, after U.S. stocks ended the previous session with mild gains.

“Markets were buoyed as data flow didn’t live up to the strong-inflation narrative, and amid repeated guidance from senior central bank figures that the current rise in inflation is temporary,” ANZ analysts wrote in a note.

Australian shares rose 0.81% to a two-week high. Japan’s Nikkei stock index jumped 0.6%, boosted by heavyweight local technology stocks, though gains were contained by worries of a sluggish economic recovery due to slow vaccine rollouts in the country.

“As China’s economic recovery continues and commodities prices start to stabilize, that would help ease inflation worries and repair investor sentiment,” said Hong Hao, head of research at BoCom International. “The country’s stock markets also have room to bounce back from big falls in February.”

The U.S. national activity index reading of 0.24 against expectations above 1, along with dovish comments from Federal Reserve speakers, helped support the view that policy will remain on hold for some time.

Still, after global service sector surveys showed strong growth last Friday, all eyes will be on the release of U.S. personal consumption data on Thursday, the Fed’s preferred inflation measure.

On Monday, Wall Street closed higher as a retreat in benchmark Treasury yields helped lift expensive stocks in sectors such as technology, with the sector’s majors Apple up 1.33% and Microsoft 2.29% higher.

Treasury yields, which fell on Monday after a few Fed officials affirmed their support to keep monetary policy accommodative for some time, were little changed. The yield on benchmark 10-year Treasury notes was at 1.6063%, at a two-week low.

“I think there will come a time when we can talk more about changing the parameters of monetary policy, I don’t think we should do it when we’re still in the pandemic,” Federal Reserve Bank of St. Louis President James Bullard said on Monday.

Digital currencies bounced back on Monday following last week’s crypto rout, regaining ground lost during a weekend selloff on news of China’s clampdown on mining and trading of cryptocurrencies.

After shedding 13% on Sunday, Bitcoin, the world’s largest cryptocurrency, was last down 1.84% at approximately $38,124.

The dollar index, which tracks the greenback against a basket of currencies of other major trading partners, edged down to 89.772, just above a four-month low. The European single currency was up 0.1% on the day at $1.2225, having gained 1.72% in a month.