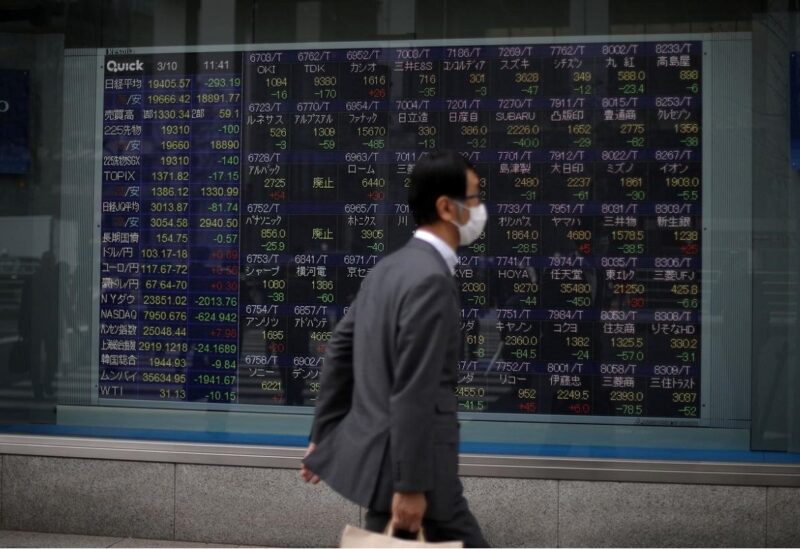 On Monday, Asian stocks sank to a one-week low, while the perceived safe haven yen rose, despite a steady increase in coronavirus infections and fears of increasing inflation, while oil prices plummeted due to concerns about oversupply.

Eurostoxx 50 futures sank 0.7 percent, while those for Germany’s DAX fell 0.6 percent, indicating that the dismal mood will spread overseas. The FTSE futures in London were down 0.8 percent.

That left MSCI’s broadest index of Asia-Pacific shares outside Japan at 677.45 points, a level not seen since July 12. The index, down 1.3% on Monday, was on track for its biggest daily percentage drop since July 8.

Oil prices sank after an agreement over the weekend within the OPEC+ group of producers to boost output at a time when the outlook for demand is still cloudy.

Global economic growth is beginning to show signs of fatigue while many countries, particularly in Asia, are struggling to curb the highly contagious Delta variant of the coronavirus and have been forced into some form of lockdown. The specter of elevated inflation, which the market has long feared, is also haunting investors.

Economists at Bank of America downgraded their forecast for U.S. economic growth to 6.5% this year, from 7% previously, but maintained their 5.5% forecast for next year.

“As for inflation, the bad news is it’s likely to remain elevated near term,” they said in a note, pointing to their latest read from their proprietary inflation meter which remains high.