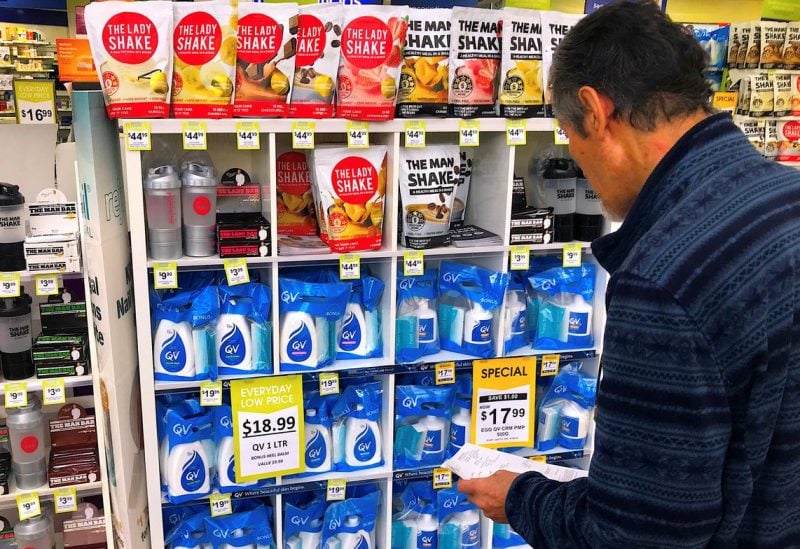 A customer looks at products marked with discounted prices on display at a chemist in a shopping mall in central Sydney, Australia, July 25, 2018. REUTERS/David Gray

The price of gas and home construction drove Australian inflation to a 32-year high last quarter, a startling development that increased pressure on the country’s central bank to resume more aggressive rate hikes.

The yearly rate increased sharply from 6.1% to 7.3%, which is the highest level since 1990 and over three times the rate of wage growth.

A closely watched measure of core inflation, the trimmed mean, also climbed 1.8% in the quarter, lifting the annual pace to 6.1% and again far above forecasts of 5.6%.

That would be unwelcome news to the Reserve Bank of Australia (RBA) which had thought core inflation would peak at 6.0% in the December quarter, with headline inflation topping at 7.75%.

Instead, analysts were warning that both core and headline measures were certain to spike even further this quarter with the ABS’s new monthly CPI accelerating in September.

Both ANZ and Commonwealth Bank of Australia added another 25 basis points to their forecasts for the cash rates to peak at 3.85% and 3.1% respectively. National Australia Bank also revised up its terminal rate expectation to 3.6%, compared with 3.1% before. The cash rate is currently at 2.6%.

It is particularly ill-timed for the RBA since it surprised many this month by downshifting to a quarter-point rate hike, following four moves of 50 basis points.

Rates have already risen by a massive 250 basis points since May and the RBA had wanted to go slower to see how the drastic tightening was impacting consumer spending.