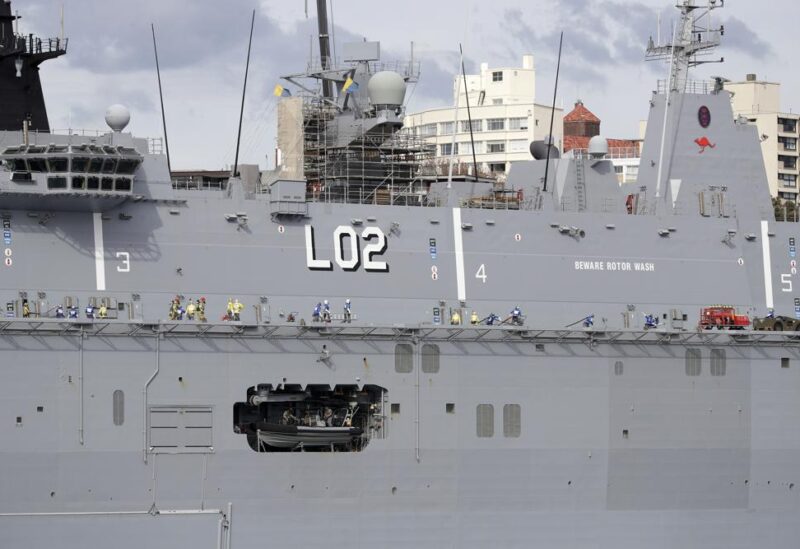 CANBERRA, Australia: The Australian government released a big-spending economic plan for the next fiscal year on Tuesday that includes hefty investments in defense and national security as relations with China worsen.

The government plans to spend 270 billion Australian dollars ($212 billion) over the next decade on upgrading defense capabilities to “promote an open and peaceful Indo-Pacific,” Treasury Department documents say.

This includes AU$747 million ($585 million) to upgrade four military training areas in the Northern Territory where U.S. Marines have a temporary base.

The government announced in March that it would begin building its own guided missiles in close collaboration with the United States. The AU$1 billion ($784 million) project would produce the first Australian-manufactured missiles since the 1960s.

The government also plans to spend AU$1.3 billion ($1.02 billion) over a decade to enhance the ability of the Australian Security Intelligence Organization, the nation’s main spy agency, to address national security threats.

“We … need to be prepared for a world that is less stable and more contested,” Treasurer Josh Frydenberg told Parliament as he outlined his economic blueprint for the fiscal year starting on July 1.

The government has also proposed an additional AU$17.7 billion ($13.9 billion) spending on elder care over five years and a AU$15.2 billion ($11.9 billion) investment in infrastructure over 10 years.

The pandemic last year derailed the political calendar that sets the budget as an annual event in May. The 2020-21 budget was delayed until October. It forecast a deficit of AU$214 billion ($168 billion) in the current fiscal year.

That deficit is now forecast to be AU$161 billion ($126 billion). The government expects the deficit will continue to decline in each of the next four years.

With Prime Minister Scott Morrison due to call an election within 10 months, his conservative coalition has said paying down debt will not be a priority in the next fiscal year.

The government has said it would not focus on reducing debt until the unemployment rate was below 5%. The jobless rate was 5.6% in March and is forecast to fall to 5% for 2021-22 and to 4.75% in the following year.

Australia’s economic growth would jump from 1.25% in the current fiscal year to 4.25% in 2021-22, according to Treasury forecasts.

If the price remained above $150, it would add more than AU$12 billion ($9.4 billion) to government coffers, he said.

“Today we’re giving a very big thanks to Western Australia and the iron ore industry because we are seeing record prices,” Fydenberg said, referring to the state where iron ore is mined.

China’s trade restrictions had had limited impacts on Australia’s economic recovery from the pandemic because many exports were re-directed to other markets, the Treasury documents said.

The budget forecasts assume that international travel will remain at low levels until mid-2022 and that COVID-19 vaccines will be widely available in Australia by the end of 2021.

Australia has been relatively successful in containing the spread of the coronavirus but slow to roll out vaccinations.

Inoculations began in February with plans to have 4 million doses of Pfizer and AstraZeneca administered in a population of 26 million by the end of March. By Monday, only 2.66 million doses had been injected.

Morrison is expected to wait until many more people are inoculated before he calls the election, seeking a fourth three-year term for his government.