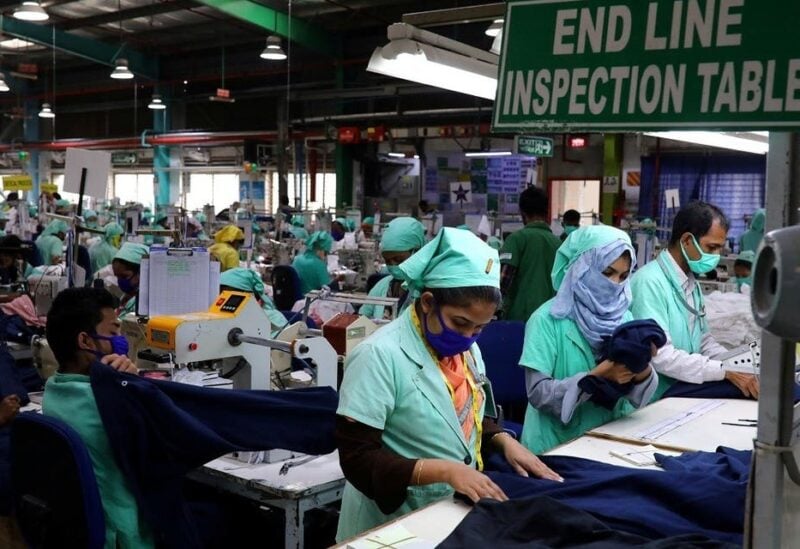 Bangladesh’s exports jumped 15 percent to $38.76 billion in the financial year ended June, data showed on Tuesday, led by a rebound in demand for garments as Western economies recovered.

Garment exports rose 13 percent to $31.5 billion in 2020/21 from a year earlier, thanks to a 21 percent surge in overseas sales of knitwear products such as t-shirts and sweaters, but were 7 percent below the pre-pandemic period of 2018-19 financial year, the Export Promotion Bureau said.

Sales of woven garments, such as formal denim shirts and pants, rose only 3 percent, which exporters attributed to tepid demand as more people worked from home and avoided social gatherings.

Bangladesh’s exports in June grew at a record pace of 31 percent from a year earlier to $3.58 billion, led by more orders from the United States and Europe, the main destinations of apparel sales.

Garment industry leaders said they expect exports to increase but rising costs of freight and raw materials could hold back growth.

“Order flow is satisfactory. But freight costs and cotton prices are rising up, that could hamper our exports” Shahidullah Azim, vice president of the Bangladesh Garments Exporters and Manufacturers Association, said.

“Our garment factories are largely unaffected by the latest pandemic situation at home but we need to control it soon,” said
Azim, who supplies European and North American retailers.

Bangladesh is currently battling a record spike in coronavirus cases, prompting the government to extend its strictest lockdown to July 14. Garment factories, however, are allowed to operate observing health protocols.

Some garment workers are happy as they are able to earn overtime wages, which often account for 20 percent of their monthly income.

“I am really happy that I can earn some more doing overtime. There was a time when we went to the factory and sat idle all
day as there were no orders,” said Munna Khan, a worker in Gazipur, on the outskirt of the capital city Dhaka.

Low wages have helped Bangladesh build its garment industry, with some 4,000 factories employing 4 million workers, supplying brands such as H&M and GAP. Readymade garments are a mainstay of the economy, accounting for almost 16 percent of the country’s GDP.