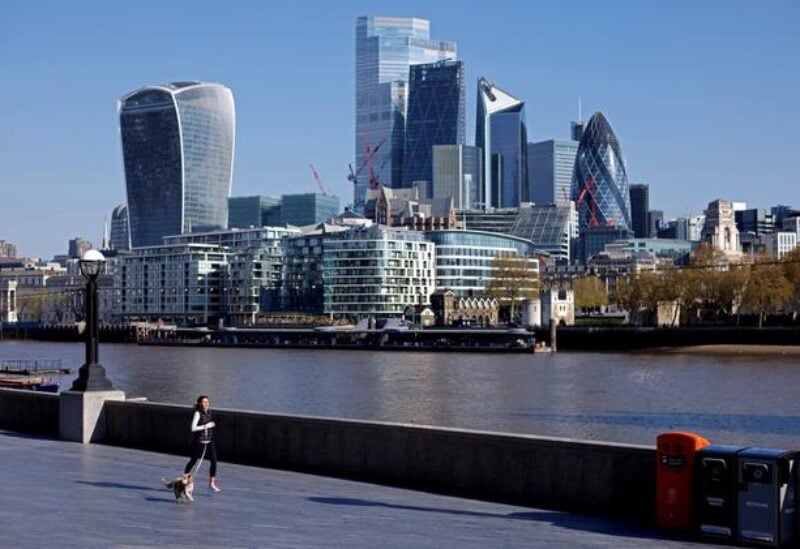 British consumers have resumed borrowing and house prices have jumped by the most in more than 16 years, surging by an annual 13.4%, according to data that showed the economy bouncing back from its pandemic slump.

Britain has reported one of the world’s highest COVID-19 death tolls and its economy shrank by almost 10% last year, but it is expected to outgrow even the United States in 2021, helped by a fast vaccination programme and huge stimulus from the government and the Bank of England.

Figures from the BoE published on Tuesday showed consumer borrowing rose in May for the first time since August – albeit modestly – as restrictions lifted and consumers bought cars with dealership finance deals and took out more personal loans.

The data also showed households were still building up their bank accounts but at a slower pace than earlier in the year.

Ruth Gregory, an economist at Capital Economics, said the numbers supported her forecast that the economy grew by 1.5-2.0% in May, slowing slightly from April’s 2.3% jump, and was on track to regain its pre-pandemic size in the autumn.

That would be slightly earlier than the BoE’s end-of-2021 expectation.

Last week, the central bank left its key interest rate at an all-time low of 0.1% and made no change to its plan to increase its government bond purchases to 895 billion pounds.

Despite the signs of economic recovery, most BoE rate-setters said they wanted to “lean strongly against downside risks to the outlook”.

Separately on Tuesday, mortgage lender Nationwide said British house prices jumped by the most in annual terms since November 2004 as buyers rushed to take advantage of a tax break offered by finance minister Rishi Sunak.

“While the strength is partly due to base effects, with June last year unusually weak due to the first lockdown, the market continues to show significant momentum,” Nationwide’s chief economist Robert Gardner said.

James Sproule, an economist with Handelsbanken, said he expected house prices would continue to rise with affordability measures below their previous peak.

“Our broader expectation is for the economy to perform well over the coming year, and this is not a backdrop which will see house prices falling,” he said.

The BoE has said it is monitoring the housing market as it assesses the risk of a broad pick-up in inflation.

Its data also suggested that Sunak’s incentive – which is due to be phased out from July and end in September – was helping to fuel the housing boom, along with demand for bigger properties after lockdowns caused a rise in working from home.

Net mortgage lending rose faster than expected in a Reuters poll of economists, jumping by 6.6 billion pounds in May from April although it was below March’s record net increase of 11.4 billion pounds.

The BoE said mortgage approvals for house purchase totalled 87,500 in May, up slightly from April although lower a peak of 103,200 in November 2020.