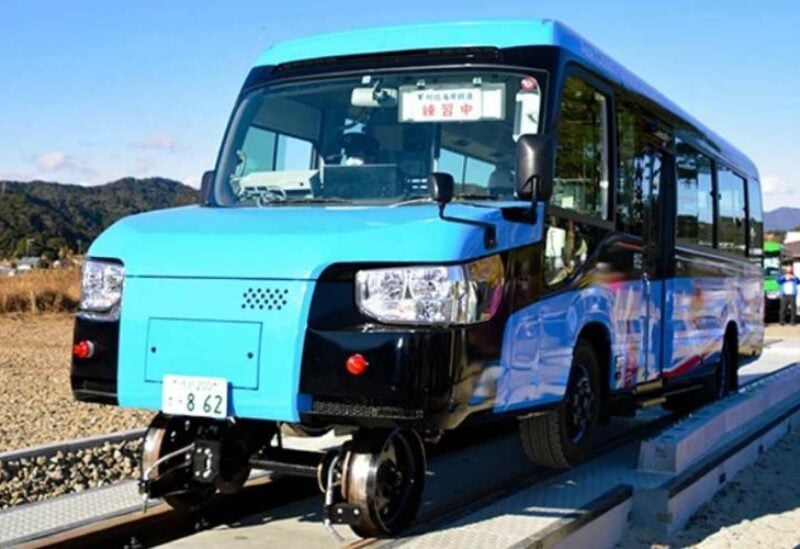 It’s a bus, a train, and a DMV! The world’s first dual-mode car, equally at home on road and rail, will make its public premiere on Saturday in Kaiyo, Tokushima prefecture, Japan.

The DMV resembles a minibus and rides on standard rubber tyres on the road. When it reaches an interchange, however, steel wheels drop from the vehicle’s underside onto the rail track, thus transforming it into a train carriage.

The train wheels raise the front tyres off the track while the back wheels remain on the track, propelling the DMV onto the railway.

According to the CEO of Asa Coast Railway, which operates the DMVs, the cars might benefit tiny towns like Kaiyo, which have an aging and dwindling population and where local transportation businesses struggle to make a profit.

“This (DMV) can reach the communities (as a bus) and also get them onto the train,” CEO Shigeki Miura told Reuters on Friday. “We expect it will be a very good type of public transportation, particularly in rural regions with an aging population.”

According to Asa Coast Railway, the DMV can transport up to 21 passengers and travel at a speed of 60km/h (37 mph) on train tracks and up to 100km/h (62 mph) on public highways.

The tiny fleet of vehicles, which will operate on diesel fuel and come in a variety of colors, will cruise along part of the coast of Shikoku island in southern Japan, linking numerous small villages and affording passengers beautiful coastal scenery.

Miura expressed his hope that the initiative will entice train enthusiasts from all around Japan to come.