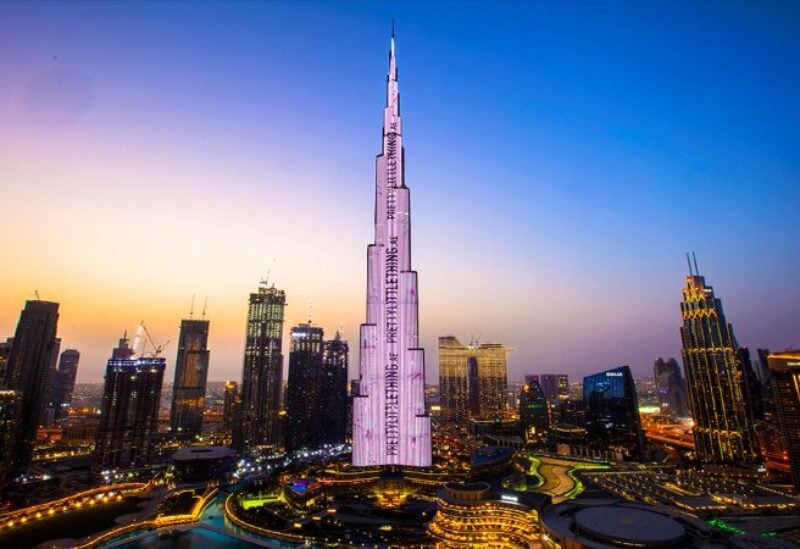 Nations all across the world have gone into lockdown, bracing for a terrible onslaught as the omicron version spreads like wildfire.

“We’re back and busier than ever,” said Sese, manager of the Yalumba restaurant at the five-star Le Meridien hotel, where Friday brunch fanatics spend $250 for sumptuous buffets with free-flowing Clicquot Champagne.

The globalized city-state looks to be in the midst of a boom season, fueled by one of the highest immunization rates in the world and government efforts to entice corporations and de-escalate tensions with regional competitors.

Buyers are pouring into the market. Hotel suites are being snapped up by tourists. Millionaires from around the world are flocking to the emirate. Coronavirus infections, while making a comeback, continue to be lower than previous highs.

It’s déjà vu for those who remember the December surge in Dubai last year, when the city courted visitors and influencers fleeing virus lockdowns and harsh weather. The open-door policy allowed revelers to fulfill their long-held desire to go out on New Year’s Eve, but infections quickly reached unprecedented levels, and hospitals were overcrowded.

A year later, widespread immunization has left Dubai feeling relieved. Despite the threat of omicron, there have been very few viral hospitalizations and fatalities, with daily infections surging to over 660 on Wednesday after hovering around 100 for weeks.

While vaccination rates in many Western nations have plateaued, the UAE boasts that 99 percent of all individuals eligible for vaccines – anybody over the age of 12 – have gotten at least one dose. Some people have received five.

The UAE relied on a vaccine produced by Sinopharm, a state-backed Chinese corporation, during the worldwide vaccination race. Despite the fact that the nation’s vaccination rate increased this spring, illnesses increased, as did concerns about Sinopharm’s weak antibody response.
Sinopharm is no longer a viable alternative in Dubai. Those who received both doses, including the emirate’s armies of low-wage migrant employees, likewise chose Pfizer-double BioNTech’s vaccine. All adults are eligible for Pfizer boosters, which are provided by the government.

Months of apprehension have given way to unbridled joy. According to the website Property Finder, more houses were sold in Dubai in November than in any other month in the previous eight years, thanks to widespread immunization and record-low mortgage rates.

Prices have risen above pre-pandemic levels. Prices were rising 2.5 percent month on month until June, with spectacular increases in the premium market.

According to real estate professionals, a massive cryptocurrency conference in October brought hundreds of young billionaires who paid cash up front for beach properties.

“You can eat in restaurants.” There is no argument regarding the benefits of remote working. This is not the situation in Europe, where everything is still locking down,” said Christophe De Rassenfosse, the chief product officer of Property Finder, of his decision to relocate his family from Brussels to Dubai in October. “You don’t always have a high proportion of old folks occupying hospitals.”

With new 10-year visas, retirement and freelancing possibilities, and improvements to the country’s Islamic legal system, the administration has advocated efforts to make the sheikhdom more appealing to international investors and visitors.

As competition with neighboring Saudi Arabia heats up, the UAE will modify its work week from Sunday to Thursday to Monday-Friday to correspond with the West.

According to statistics company STR, hotel occupancy in Dubai hit 90% in mid-November. Emirates predicted that over 1.1 million passengers will travel through its Dubai terminal ahead of the holidays.

According to navigation provider TomTom, traffic exceeded 2019 levels during the first week of December. Many street corners have been devoid of taxis, with fleet owners who curtailed operations during the epidemic reporting shortages due to “unprecedented” demand.

According to market research firm Euromonitor, overall alcohol sales by volume in the UAE increased to 117.5 million liters (31 million gallons) this year, up 7.8 percent from the previous year.

The expansion has even extended to trade with the UAE’s long-standing adversaries, Turkey and Iran.

Politics have tainted commerce between the two superpowers in recent years. However, in a recent flurry of Middle Eastern diplomacy, the UAE’s de facto leader met Turkey’s president in Ankara, and a top Emirati national security advisor visited Tehran.

According to Iranian official estimates, Iran’s imports from the UAE increased by 70% to $5.4 billion between March and September 2021. By the end of the year, Emirati imports will reach levels not seen since the United States slapped crippling sanctions on Iran in 2018.

Trade between the UAE and Turkey increased by more than 100 percent to $7.2 billion in the first quarter, according to the official Emirati WAM news agency.

Iranian and Turkish business executives in Dubai believe the cease-fire has made it easier to obtain licenses and visas.

Tamimi Consulting’s Fatma Nilgun Emrem, a Turkish business specialist, has been overwhelmed with enquiries from Turkish beauty salons, stores, and restaurants looking to set up shop in Dubai.

“The UAE’s policies and perceptions are shifting,” she remarked.

Hossein Asrar Haghighi, a board member of the Iran-UAE Business Council, noted “a relaxation” of trade constraints on Iranians, as well as an increase in the number of Iranian businesses who had obtained the UAE’s 10-year golden visas.

“The combination of Dubai exiting COVID, reduced regional tensions, and fresh measures to recruit enterprises, it’s a very nice climate,” said Gregory Gause, a regional scholar at Texas A&M University. “However, Dubai has no influence over what happens around it.”