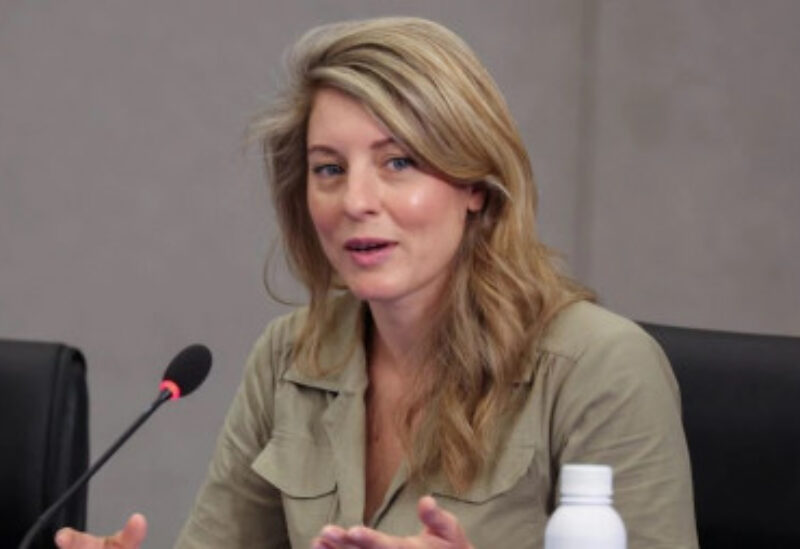 Canadian Foreign Minister Melanie Joly speaks during a trilateral meeting with U.S. and Mexican counterparts at the ninth Summit of the Americas in Los Angeles, California, U.S., June 10, 2022. REUTERS/Lucy Nicholson

For the second time in less than a year, Canada has invoked a 1977 pipeline treaty with the United States, this time to prevent the shutdown of Enbridge Inc’s Line 5 pipeline in Wisconsin, Foreign Minister Melanie Joly said on Monday.

Because of the possibility of a leak and expired easements (land use agreements between Enbridge and the tribe), the Bad River Band, a Native American tribe in northern Wisconsin, wants the 1953 pipeline shut down and relocated off its reservation.

In May, Enbridge filed a motion in a U.S. district court saying federal law prohibits attempts to stop the pipeline’s operations. The motion sought to dismiss some of Bad River Band’s claims.

The company said in a statement on Monday that it “remains open to resolving this matter amicably” and was pursuing permits to re-route Line 5 around the Bad River Reservation. The Band River Band could not immediately be reached for comment.

Joly said Canada has raised “serious concerns” that a possible shut down of the Line 5 pipeline will cause a “widespread and significant.” economic and energy disruption.

“This would impact energy prices, such as propane for heating homes and the price of gas at the pump. At a time when global inflation is making it hard on families to make ends meet, these are unacceptable outcomes,” Joly said in a statement.

The pipeline is a critical part of Enbridge’s Mainline network, which delivers the bulk of Canadian oil exports to the United States. Line 5 carries 540,000 barrels per day from Superior, Wisconsin, to Sarnia, Ontario.

Joly said Canada was “worried about the domino effects the shutdown would have” on jobs.

“The shutdown could have a major impact on a number of communities on both sides of the border that depend on the wellbeing of businesses along the supply chain,” she said.

The 1977 pipeline treaty governs the free flow of oil between Canada and the United States, and last year Canada invoked it for the first time ever to start negotiations with U.S. to resolve a dispute with Michigan state, which wants to shut down Line 5 on environmental grounds.

This month, a U.S. judge sided with Enbridge in ruling that a federal court should hear a suit by the state of Michigan seeking to force shutdown of the pipeline underneath the Straits of Mackinac in the Great Lakes.

The U.S. Department of State did not immediately respond for a request for comment.