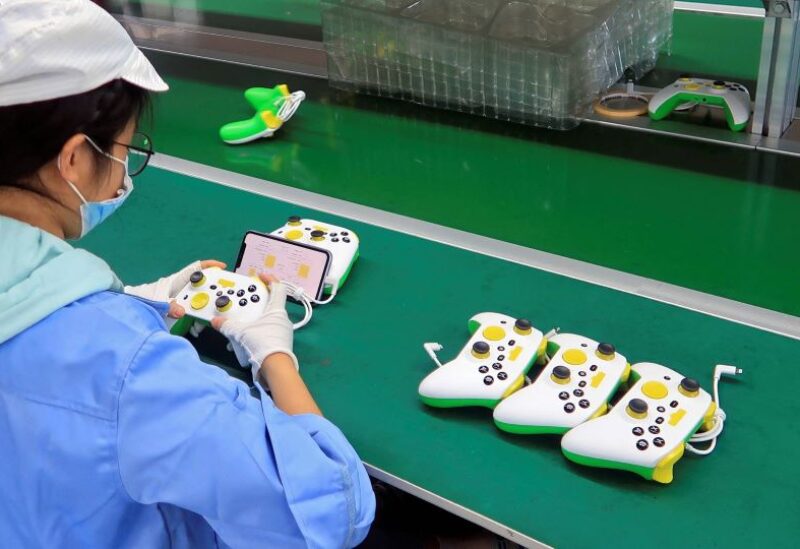 The producer pricing index (PPI) rose 9.1% from a year ago, according to the National Bureau of Statistics (NBS), slower than the 9.5 percent predicted by a Reuters poll and a 10.3 percent increase in December. It was the slowest growth rate since July.

China’s relatively mild consumer inflation contrasts with cost pressures observed in most other economies, despite the fact that producer prices in the world’s second-largest economy remain elevated due to major supply difficulties at home and overseas.

Analysts believe that, even as other central banks around the world tighten policy, the People’s Bank of China (PBOC) may be able to loosen policy to help the slowing economy.

Last month, China’s consumer price index (CPI) rose 0.9 percent from a year before. A Reuters survey of economists predicted a 1% increase after a 1.5 percent increase in December.

“Lower inflation signals poor domestic demand,” said Zhiwei Zhang, Pinpoint Asset Management’s Chief Economist. “Macro policies have shifted in favor of the economy, but it will take time for the effects to be felt.”

Due to rising global energy prices, the Chinese economy, notably its massive manufacturing sector, has battled with high production costs.

China’s state planner warned earlier this month that global inflation is likely to continue for some time, but that the country’s ability to deal with unusual price variations is strong.

To slash borrowing costs, the PBOC has cut interest rates and injected cash into the banking system, with more easing measures planned.

Yue of Capital Economics anticipates more policy rate reduction before the end of the year.

In contrast to Western central banks, which have either begun hiking interest rates or are generally expected to do so this year, China has the ability to soften.

At the same time, regulators are leery about relaxing credit conditions too quickly, which might re-ignite speculative property price rises.

The property market has slowed as a result of developer borrowing restrictions and apprehensive buyers.

“Policymakers don’t want to erase all the gains they made in the property market last year by cutting interest rates,” said Nie Wen, chief economist at Hwabao Trust.

“Now that they’ve finally managed to rein in rapidly growing (property) prices, any interest rate decreases will be structural, aimed at boosting the actual economy rather than further fuelling the property market.”