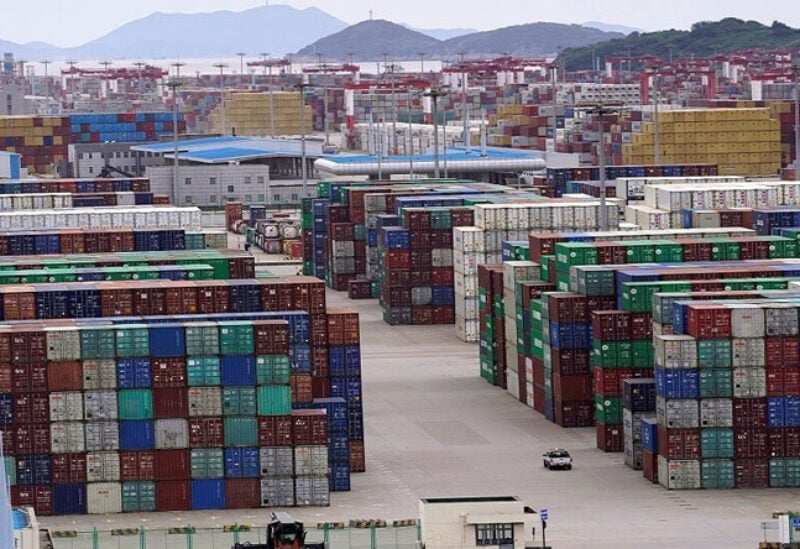 Gross domestic product (GDP) expanded 7.9 percent in the April-June quarter from a year earlier, official data showed on Thursday, below expectations for a rise of 8.1 percent in a Reuters news agency poll of economists.

Growth slowed significantly from a record 18.3 percent expansion in the January-March period, when the year-on-year growth rate was heavily skewed by the COVID-19-induced slump in the first quarter of 2020.

June activity data slowed from the month before but beat expectations.

“The numbers were marginally below our expectation and the market’s expectation (but) I think the momentum is fairly strong,” said UOB economist Woei Chen Ho in Singapore.

“Our greater concern is the uneven recovery that we’ve seen so far and for China the recovery in domestic consumption is very important … retail sales this month was fairly strong and that may allay some concerns.”

While the world’s second-largest economy has rebounded strongly from the COVID-19 crisis, buoyed by solid export demand and policy support, data in recent months suggest some loss in momentum. Higher raw material costs, supply shortages and pollution controls are weighing on industrial activity, while small COVID-19 outbreaks have kept a lid on consumer spending.

Investors are watching for the latest policy announcement from the central bank after the People’s Bank of China said last week it would reduce the amount of cash banks are required to keep as reserves.

The move released about 1 trillion Chinese yuan ($154.64bn) into the system to bolster the recovery.

On a quarterly basis, gross domestic product or GDP expanded 1.3 percent in the April-June period, the National Bureau of Statistics (NBS) said, just beating expectations for a 1.2 percent rise in the Reuters poll. The NBS revised down growth in the first quarter from the fourth quarter last year to 0.4 percent.

“The domestic economic recovery is uneven,” said Liu Aihua, an official at the NBS at a briefing on Thursday.

“We must also see that the global epidemic continues to evolve and there are many external instabilities and uncertain factors,” she said.

Data earlier this week showed China’s exports grew much faster than expected in June but a customs official said overall trade growth may slow in the second half of 2021, partly reflecting COVID-19 pandemic uncertainties.

Economists in the Reuters poll expected a 8.6 percent GDP expansion in 2021, which would be the highest annual growth in 10 years and well above the country’s official target for growth higher than 6 percent. China was the only main economy to have avoided a contraction last year, expanding 2.3 percent.

Premier Li Keqiang reiterated on Monday that China would not resort to flood-like stimulus.

Still, economists in the Reuters poll expected more support this year, forecasting a further cut in the bank reserve requirement ratio (RRR) in the fourth quarter.

Fixed asset investment grew 12.6 percent in the first six months from the same period a year earlier, versus a forecast 12.1 percent uptick and down from a 15.4 percent jump from January to May.