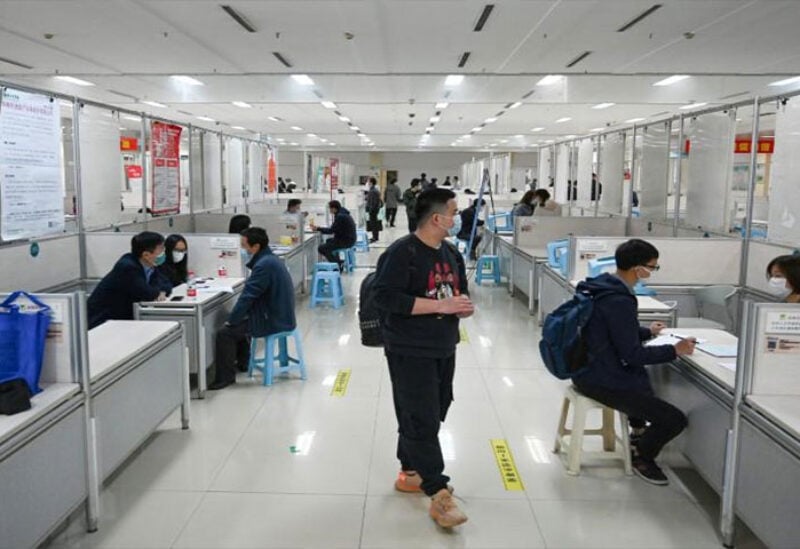 A private sector survey showed on Tuesday that the China’s services sector has recovered and picked up speed in March as firms hired more workers and business optimism surged, although inflationary pressures remained.

The Caixin/Markit services Purchasing Managers’ Index (PMI) rose to 54.3, the highest since December, from 51.5 in February, well above the 50-mark that separates growth from contraction on a monthly basis.

Firms reported the sharpest increases in activity and overall sales in three months. New export business continued to contract but at a slower pace.

A sub-index for employment rose back into positive territory as businesses hired more workers than they laid off, the survey showed.

The findings were largely in line with an official survey released last week.

Chinese authorities successfully curbed domestic transmissions of COVID-19 virus over the winter, leading to quarantine restrictions and testing requirements being scaled back.

“The Covid-19 flare-ups that occurred in the fall and the winter have basically died down, and the services sector has quickly recovered with supply and demand expanding,” said Wang Zhe, senior economist at Caixin Insight Group, in a statement accompanying the data release.

But rising input costs and output prices shown by surveys of both the services and manufacturing sectors are not conducive to a sustained post-epidemic recovery, he said.

Costs for services firms continued to grow, according to the survey, although at a slower pace than the month before. Companies raised their prices charged for the eighth month in a row and by the largest amount so far this year.

Chinese services firms were highly optimistic about the year ahead, with business expectations rising to the highest level since 2011.

The services sector, more vulnerable to social distancing restrictions, had been slower to recover initially from the pandemic than the industrial sector.

Domestic COVID-19 cases have largely been controlled in China although a city on the border with Myanmar last week ordered home quarantines and mass testing after new cases emerged.

Caixin’s composite manufacturing and services PMI, also released on Tuesday, rose to 53.1 in March, from 51.7 the previous month.