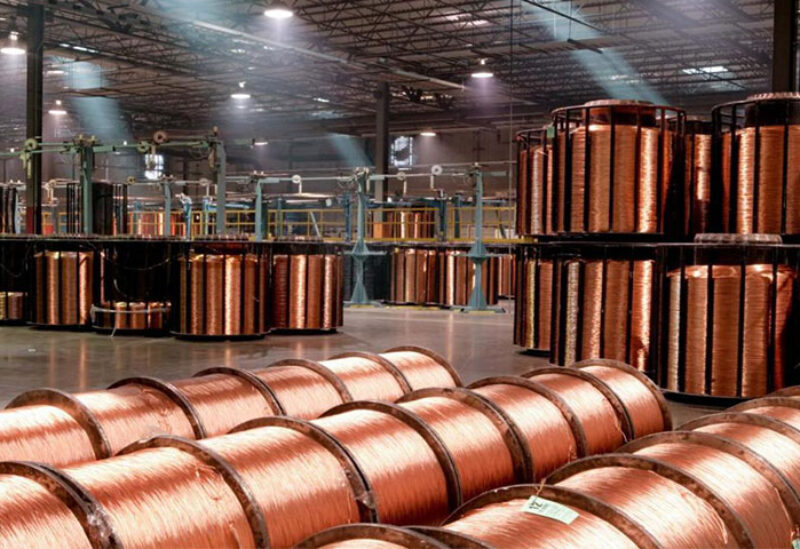 Copper climbed to its highest price in almost a decade as the global recovery from the pandemic extended a rally in metals markets.

Aluminum is surging and iron ore jumped to a fresh high as commodities advance toward the highs of the last supercycle. Metals are benefiting as the world’s largest economies announce programs to build back greener from the coronavirus shock.

The US recovery is accelerating and President Joe Biden’s $2.25 trillion infrastructure plan will highlight sectors like electric cars, driving further gains in commodities critical to the green energy transition. This is taking place alongside a continued economic boom in China, where a push to reduce emissions is filtering through to supply cuts for some metals just as demand is picking up.

“Global demand is recovering, led by China, while the green transition is bolstering sentiment further,” Zhu Yi, an analyst with Bloomberg Intelligence, said by phone. “In short, demand will stay resilient, while supply won’t expand, upside momentum will go forward.”

Copper — a bellwether for the global economy — rose as much as 2.1 per cent to $9,750 per ton in London, the highest since September 2011. Iron ore in Singapore jumped to the highest since contracts launched in 2013, while Chinese steel futures reached fresh highs.

Copper’s integral role in everything from electrical wiring to motors is fanning expectations for further gains as nations roll out more aggressive climate targets. Goldman Sachs and trader Trafigura expect the metal to top 2011’s record of $10,190 and surpass $15,000 in the coming decade as demand outstrips supply.

“Copper could hardly peak and pull back with this backdrop,” said Harry Jiang, head of trading and research with Yonggang Resources. Tightness in markets outside China may lead to a supply squeeze, which will offset current weakness in Chinese demand, he said.

Still, risks to the industrial rally are building in the short term. A rise in coronavirus cases and new variants threaten to derail reopening plans in some regions such as India, while investors are concerned about a possible pullback in Chinese stimulus. Prices could become overly extended for industrial uses, according to Xiao Fu, head of commodities strategy at BOCI Global Commodities.

“I’m not in the $15,000 copper camp. There will be some automatic stabilisers before we approach those kinds of levels, and there will be some demand adjustment,” Ms Xiao said by phone from London. “And let’s not forget: the pandemic is not over, and cases are still surging in many parts of the world.”

There’s also a focus on the possibility of more intervention by Chinese authorities, who say they’ll stabilise raw material prices and have already implemented a swathe of production curbs across industries.

Inner Mongolia has said it will stop approving new aluminium projects as part of the country’s green push, and speculation about curbs in Xinjiang is giving further support to prices, which are at a three-year high.

Steel prices stormed higher on a pledge by China to reduce output, though the measures have so far sparked an increase in production as mills churn out supply ahead of possibly more extensive restrictions. At the same time, rebar inventories are declining, signalling robust demand.

And supply woes can’t be ruled out. Port workers in Chile, which accounts for about a quarter of the world’s copper supply, called a strike for Monday in response to President Sebastian Pinera’s move to block a bill allowing people to make a third round of early withdrawals from their pension funds.

The threat of Covid-19 in nations in South America could hamper the export of key industrial commodities like iron ore and copper, said Gavin Wendt, senior resource analyst at MineLife.

European miners rose on Monday, led by those with large copper exposure such as Lundin Mining and Antofagasta. Citigroup analysts including Ephrem Ravi recommended buying any dips, with expectations that copper’s rally could potentially play out through the summer.

Despite risks that the rally may falter in the short term, investors are signalling appetite for metals futures. Aggregate open interest in copper is at the highest in more than a year on the Shanghai Futures Exchange, and positions in aluminum have climbed. Elsewhere, hedge fund managers boosted bullish copper bets on Chicago’s Comex in the week ended April 20.