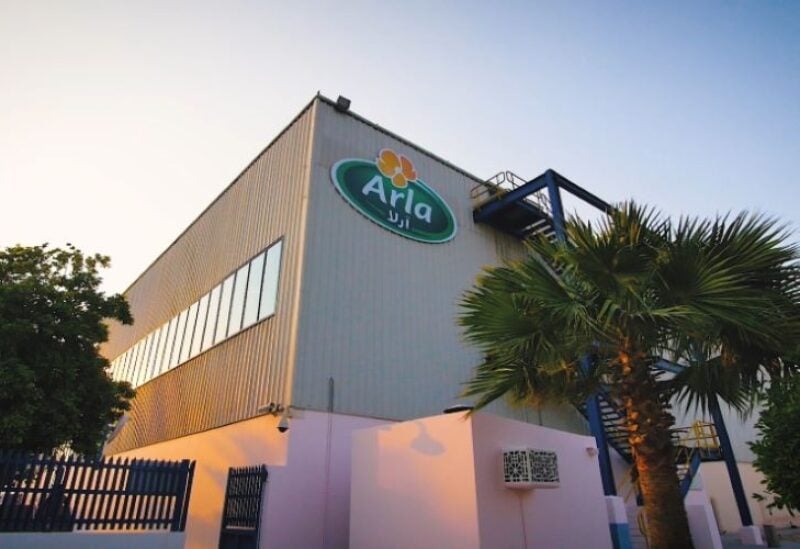 Arla Foods, one of the world’s largest dairy companies, said that it has invested in new manufacturing lines in Saudi Arabia in order to broaden the product variety it distributes to the Middle East area.

Arla Foods said on Sunday that the Danish business, which owns brands such as Lurpak, Puck, Kraft, and The Three Cows, invested more than 64 million Saudi riyals ($17 million) on the manufacturing lines that have been active in the country since September 2021.

Starbucks ready-to-drink goods, as well as Puck sauces, soups, and cooking cream, will be produced on the new lines.

According to the firm, Arla Foods’ production capacity in Saudi Arabia is expected to rise by 10% in 2022 compared to 2021, with additional manufacturing lines allowing the company to expand the product variety it sells to the area.

“Saudi Arabia is one of the region’s major markets for dairy products, and it has become a key point for our production expansion plans,” said Henrik Lilballe Hansen, vice president and managing director of Arla Foods Saudi Arabia.

“Arla Foods is aligning its activities with the kingdom’s long-term ambitions for the sector to help the Saudi economy and grab the possibilities given by the ever-growing market, serving as a gateway for us to access into the nation and neighboring markets.”

The Middle East is focusing more on food security, which has resulted in the rise of food and beverage industries in nations such as Saudi Arabia and the United Arab Emirates.

Food and beverage firms in the region are also actively considering mergers to accelerate expansion, diversify their product offerings, and expand their reach in order to better deal with the pandemic’s issues. In July, Saudi Arabia’s Savola Group agreed to buy Bayara Holding for $260 million through its subsidiary Savola Foods Company.

Arla Foods, which is owned by approximately 10,000 farmers in Denmark, Sweden, Germany, the United Kingdom, Luxembourg, the Netherlands, and Belgium, reported half-year revenue of €5.4 billion in 2021, up 1.2% from €5.37 billion in the same period the previous year, according to its most recent investor presentation.

Profit for the first half of the year increased to €172 million, up from €166 million in the same period previous year.

Arla Foods launched the two manufacturing lines in September 2021, reducing transit times, increasing the average shelf life of dairy products, and making them more accessible to clients in a variety of Saudi Arabian locations. According to the corporation, the inclusion of the new lines is also assisting in the growth of these product categories in the region.

“It is heartening to see Arla Foods Company take the initiative with the installation of new manufacturing lines and demonstrate their desire to extend their presence in Saudi Arabia.”