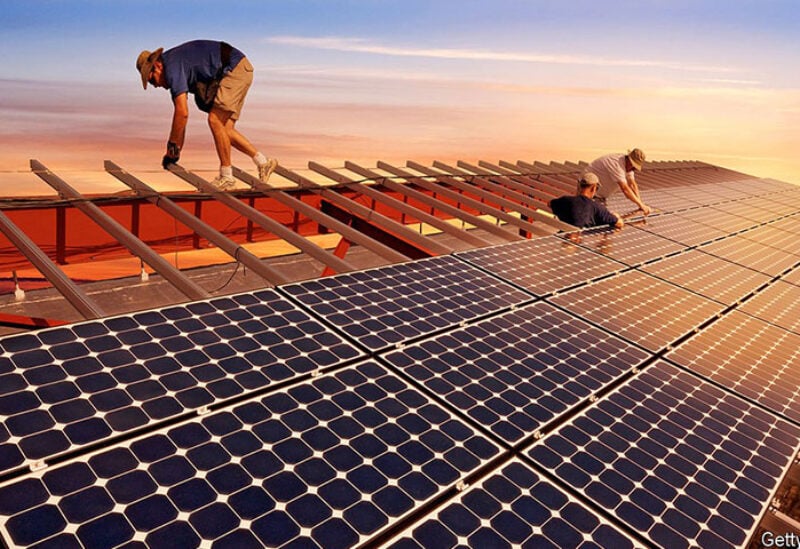 The production capacity of the first project in the fifth phase of Dubai’s Mohammed bin Rashid Al Maktoum Solar Park has been raised as the emirate tries to enhance the percentage of clean electricity in its entire energy mix in order to cut emissions.

The overall capacity of the project has been boosted from 300MW to 330MW as a result of the deployment of cutting-edge photovoltaic technology, according to the Dubai Electricity and Water Authority on Sunday.

“At Dewa, we work… to promote sustainability and innovation, and to convert (Dubai) into a sustainable green economy by expanding the proportion of clean and renewable energy,” said Saeed Al Tayer, Dewa’s managing director and chief executive.

“This satisfies the Dubai Clean Energy Strategy 2050 and the Dubai Net Zero Carbon Emissions Strategy, which aim to deliver 100% of Dubai’s total power capacity from clean energy sources by 2050.”

Dubai is constructing the Mohammed bin Rashid Al Maktoum Solar Park, which will have a total capacity of 5,000MW and will be the world’s largest single-site solar park. According to Dewa, the fifth phase, which has a total investment of Dh2.05 billion ($559 million), is 60% complete.

The initiative is part of Dubai’s plan to boost the percentage of renewable energy in its energy mix from 11.38 percent to 13.3 percent in the first quarter of this year.

“Dewa is building further projects with a total capacity of 1,333MW utilizing solar photovoltaic and concentrated solar power, with future stages aiming to reach 5,000MW by 2030,” Al Tayer explained. Since its inception in 2012, the Dubai utility’s solar-park megaproject has drawn over Dh40 billion in investment.

According to Waleed bin Salman, executive vice president of business growth and excellence at Dewa, the fifth phase is on track and will be operational in phases until 2023.

The 900MW fifth phase of Dubai’s solar park is being built by a partnership led by Saudi Arabia’s Acwa Power and Gulf Investment Corporation. Dewa formed the Shuaa Energy 3 consortium to complete the project, with Acwa Power consortium retaining a 40% interest.

The UAE wants to achieve carbon neutrality by 2050, with Dh600 billion in clean and renewable energy investment planned over the following three decades.