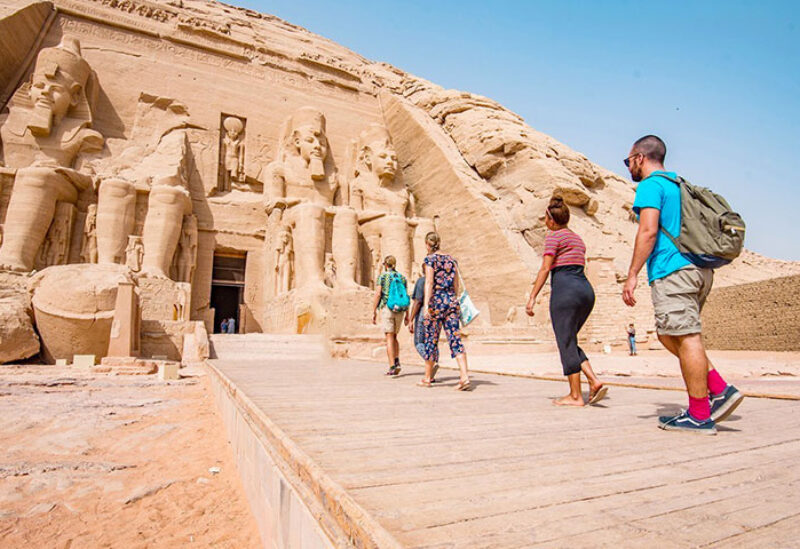 Tourism is a key pillar in Egypt's economy

Egypt’s Tourism Minister Khaled El-Enany said that the country aims at attracting 8 million visitors in 2021, and targeting tourism revenue of more than $8 billion.

These projections are driven by the anticipated return of Russian holidaymakers and a revival in summer travel as the industry begins to recover, the minister said.

“I’m hoping that in the beginning of summer, with the return of the Russian, Arab and hopefully European markets, that we will reach our normal numbers at the nearest possible time,” he said in an interview during the Arabian Travel Market in Dubai. “We are hoping to reach 1m visitors per month and we’re not that far off.”

Tourism is a key pillar in Egypt’s economy, accounting for about 12 percent of gross domestic product on average, with approximately one in five workers employed in the industry.

The country is adopting measures to ensure the safe return of tourists as the global industry looks to recover from the impact of the Covid-19 pandemic.

Egypt hosted 3.6m travelers in 2020, down from 13m in 2019 due to the pandemic, according to the ministry. Since re-opening its borders in July 2020 until now, it attracted 3 million visitors.

Arrangements are under way between Russian and Egyptian government entities, tour operators, airlines and other businesses that will revive tourism traffic following agreements by the countries’ presidents to resume travel.

“I’m hoping before the summer season so they can enjoy Sharm Al Sheikh and Hurghada and the beaches there,” El-Enany said. “We hope to see the 3.5m visitors that used to come before.”