Euro zone inflation climbs past ECB target in May 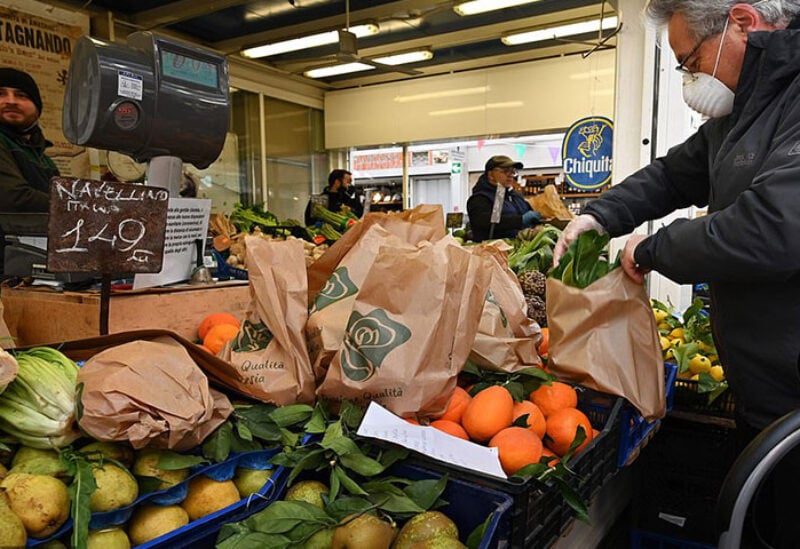 A deserted fruit and vegetables market is pictured on the first day of a nationwide lockdown due to the coronavirus disease (COVID-19) outbreak,

Euro zone inflation increased past the European Central Bank’s elusive target in May, heightening a communications challenge for policymakers who will happily live with higher prices for now but may face a backlash from irate consumers.

Inflation in the 19 countries sharing the euro accelerated to 2 percent in May from 1.6 percent in April, driven by higher energy costs to its fastest rate since late 2018 and above the ECB’s aim of “below but close to 2 percent”, data from Eurostat showed on Tuesday.

The figure is also above expectations for 1.9 percent in a Reuters poll, likely intensifying talk that structural forces, not just transient factors, may be behind a surge.

“Everyone saw it coming, but still it is starting to make a lot of people sweat,” ING economist Bert Colijn said. “Inflation is returning rapidly at the moment at a time when news about economies is increasingly upbeat and labour markets are profiting from the reopening.”

May is unlikely to be the peak, however. Inflation could be closer to 2.5% late in the year as the recovery from a pandemic-induced double-dip recession and recent commodity price increases add to price pressures.

Still, getting through this period is more a communications exercise for the ECB. The bank has already made clear that this is not the sort of inflation it is looking for after nearly a decade of undershooting its target, so policy will remain loose for years to come.

For one, the surge in inflation is temporary, even the most conservative policymakers argue. The drivers of price growth will fade early next year and inflation will be below target for years to come, especially since wage growth, a necessary component of durable inflation, remains anaemic.

Although unemployment fell to 8% in April from 8.1% in March, according to separate data, it remains well above the pre-crisis rate and government subsidies still likely keep it artificially low.