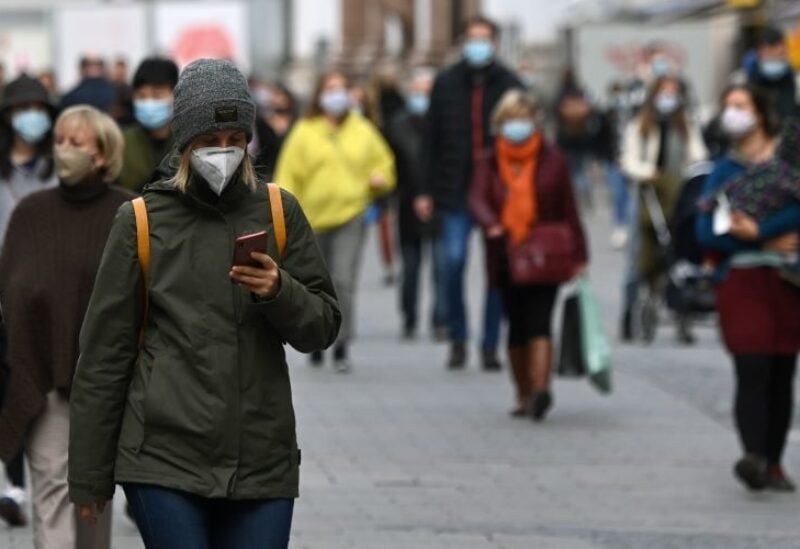 Rampant consumer demand is pushing up prices in Europe,

The Eurozone’s inflation rate reached a new high in December, as the economy was put under further strain by rising Omicron infections and tougher restrictions.

According to the European Union’s statistics office Eurostat, annual inflation in the 19 nations that use the euro jumped to 5% from 4.9 percent the previous month, with energy costs driving the increase with a 26% increase.

“European inflation reached a new high of 5%, exceeding predictions and increasing for the sixth month.” This is the highest rate since 1985, although it is likely at a peak and lower than in the United States,” said Ben Laidler, global markets strategist at multi-asset investing platform eToro.

“Price increases are being caused by interruptions in the supply chain and increasing energy prices.” Natural gas costs in Europe, for example, have increased fivefold in the previous year. The European Union is seeing wildly disparate price increases, with France and Italy experiencing only 2.8% and 3.9% inflation, respectively, compared to Germany’s 5.3% and Spain’s 6.7%.”

With infections breaking records virtually every day as the Omicron form sweeps throughout Europe, eurozone GDP is anticipated to suffer at the start of this year, despite governments mostly avoiding the restrictive measures that ground their economies to a halt a year ago.

“The recent spike in Covid infections leads us to forecast first-quarter growth to be weaker than originally expected,” Oxford Economics’ Nicola Nobile stated.

“However, provided that the health situation does not result in harsh lockdowns, we expect the economy to regain lost ground by mid-year, with the overall impact this year being quite light.”

Meanwhile, the European Commission’s Economic Sentiment Indicator, a crucial indicator of the bloc’s economic health, fell more steeply than expected in December to a level last seen in May, with the prognosis for services markedly worsening and job prospects falling.

The downturn is already seen in the EU’s largest economy, Germany, where supply chain constraints have stifled the country’s enormous manufacturing sector for the most of the previous quarter, with industry unexpectedly slumping in November.

Output dipped 0.2% month on month, underscoring the impression that the German economy stopped in the fourth quarter of last year, with no signs of improvement in sight for months.

“Unfortunately, the recovery of German industry comes to an end here for the time being. The fourth wave of the pandemic and Omicron should put a stop to industrial activity “Carsten Brzeski, an economist at ING, stated.

The sole bright light for the eurozone economy was retail sales, which increased 7.8 percent year on year and 1% month on month, powered by in-store non-food purchases, demonstrating that consumer demand remained strong even as additional pandemic-related restrictions were imposed.
However, increased spending by households, who had no choice but to save their cash over the last year due to constraints, is pushing consumer prices to new highs.

According to analysts, higher inflation should be temporary as high energy costs fall.

“We believe that the peak in eurozone inflation occurred in December.” According to Jack Allen-Reynolds, senior Europe economist at Capital Economics, “base effects due to Germany’s VAT decrease in the second half of 2020, together with the re-weighting of goods in the HICP basket, are anticipated to knock approximately 0.5 percent off headline inflation in January this year.”

“In the meanwhile, energy inflation is very expected to fall dramatically.” We anticipated that energy’s contribution to headline inflation will shrink from 2.5 percent in December 2021 to nearly nil this December.”

While the majority of the inflationary factors are transitory, many experts, including some key policymakers, are skeptical of the European Central Bank’s benign narrative that price increase would return to its 2 percent target by the end of the year.

Part of their concern is that underlying price rises – or inflation excluding volatile food and fuel costs – are also over goal, implying that industries that have been prone to low inflation over the last decade are now adapting.

“We feel we are nearing peak inflation as supply chains unwind, and we are far below the 6.8 percent mark in the United States,” Mr Laidler added.

“The ECB remains dovish, with no interest-rate hikes predicted this year.” It also keeps the euro weak, which is important for European firm revenues and exports.”