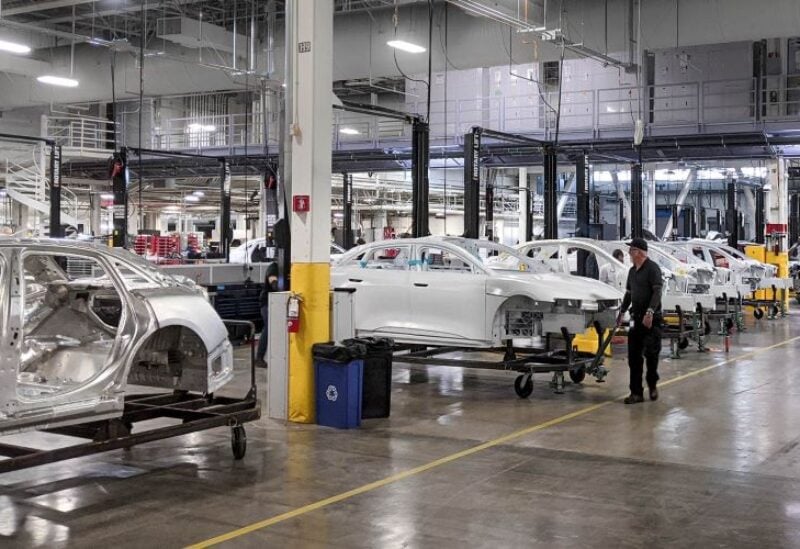 Lucid Motors, an electric vehicle manufacturer, aims to establish a facility in Saudi Arabia by 2025 or 2026 in order to scale up production and capitalize on demand for electric vehicles, according to the company’s chairman, who spoke to Bloomberg Television.

“Now that we’re effectively building and selling vehicles in the United States, our focus is shifting to this facility here,” Andrew Liveris told Bloomberg Television on Wednesday at a mining conference in Riyadh.

The California-based firm, which is funded by Saudi Arabia’s national wealth fund, Public Investment Fund, is discussing the specifics with Saudi ministries.

The National was the first to publish in September about Lucid’s aspirations to join the Middle East market, as well as its consideration of establishing a production factory in the country.

Lucid was formed in 2007 as Atieva and initially focused on the development of EV batteries. In 2016, it rebranded as Lucid Motors, shifted away from being a supplier, and began developing a premium vehicle to compete with Tesla.

The PIF spent more than $1 billion in Lucid in 2018 to purchase a significant share, allowing it to advance its production ambitions.

After a July merger with a blank-cheque firm funded by Wall Street dealmaker Michael Klein, the company became the first EV start-up to go public via a special purpose acquisition company.

However, Mr Liveris stated that Lucid’s production has also been impacted by the continued supply chain difficulties.

“We’ll have a lot more to say to the market about the kinds of problems we’re seeing in the supply chain… yeah, we’re having supply chain concerns,” he said on Bloomberg Television.

Carmakers, in particular, have been harmed as a result of the Covid-caused chip scarcity and supply chain disruptions, which have halted production in facilities throughout the world.

Volkswagen, Ford, Fiat Chrysler, Toyota, and Nissan have all stated that they have been impacted by the shortfall and have been forced to delay production of some models in order to keep other plants functioning.

According to Gartner, the worldwide semiconductor scarcity is likely to grow to the point that nearly half of the top ten automakers will design and manufacture their own chips by 2025.