Ford will spend up to $20bn for shift to electric cars 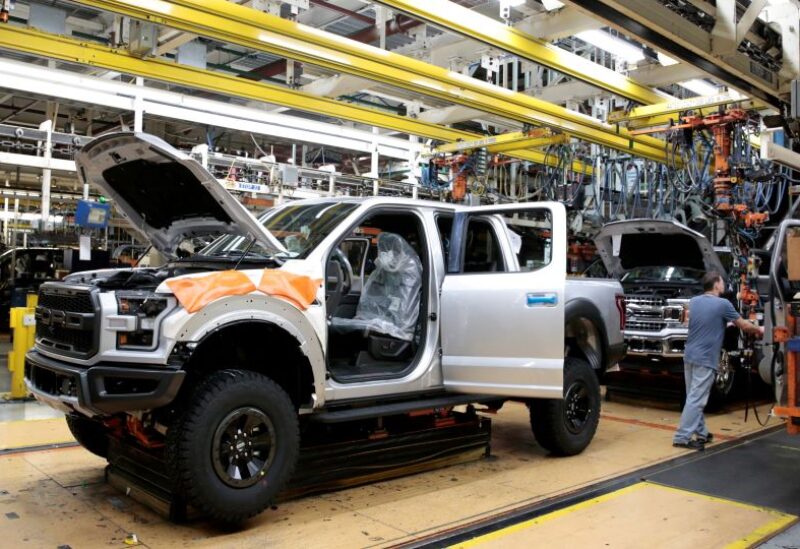 Ford Motor Company is preparing a dramatic reorganization to prepare for the electric future, citing Tesla’s success as a guideline and potentially raising electric car expenditure by $20 billion.

Ford will invest an additional $10 billion to $20 billion over the next five to ten years transitioning plants throughout the world from producing gasoline-powered automobiles to producing electric vehicles.

Investors have embraced Mr Farley’s ambition for Ford, momentarily pushing the company’s market worth past $100 billion in January.

In afternoon trade, Ford shares surged as much as 2.7%.

The new strategy also involves employing professionals with expertise in areas that are new to the corporation, such as battery chemistry, artificial intelligence, and electric vehicle software.

According to a source, the corporation has considered spinning off a tiny portion of its EV business in order to collect some of the enormous value investors place on electric start-ups.

Lower-volume models may be phased out, allowing the firm to focus on mass-market EVs.

“We are putting our Ford Plus strategy into action in order to change the firm and prosper in this new era of electrified and connected vehicles.” “We would not comment on rumors,” stated spokesperson Mark Truby.

According to insiders, Doug Field, the former leader of Apple’s automobile project, is directing Ford’s makeover. Mr Field was also a prominent executive at Tesla, where he oversaw the Model 3’s development.

The increased investment would be in addition to Mr Farley’s $30 billion commitment to EVs through 2025.

Since taking over as CEO 16 months ago, he has advanced Ford’s EV ambitions, including increasing production of the electric Mustang Mach-E and triple production of the F-150 Lightning plug-in pickup truck, which will be available this spring.

In September, Ford hired Mr Field from Apple to provide new emphasis to the 118-year-old corporation.

According to reports, he is working closely with Mr Farley to make the heritage car maker more agile, like Tesla, by altering Ford’s operations and production structure.

According to the sources, the restructure is still in the works, and some parts, including the EV spinoff plan, may be revised or abandoned.

The Ford family, which owns the automaker through a special class of super-voting shares, would have to be persuaded that a spin-off is desirable.

The Dearborn, Michigan-based business hopes to generate up to half of its global sales from electric vehicles by the end of the decade.

“I truly like the problems they [Tesla] experienced and how they managed those obstacles into the success they had,” Mr Farley told Bloomberg TV last week.

“Because of their scale, they are now making more than $10,000 each vehicle.” That type of company appeals to me.”

Farley has professed respect for Tesla CEO Elon Musk and said that Ford is reconsidering its goal as it prepares to produce 600,000 EVs per year by 2024.