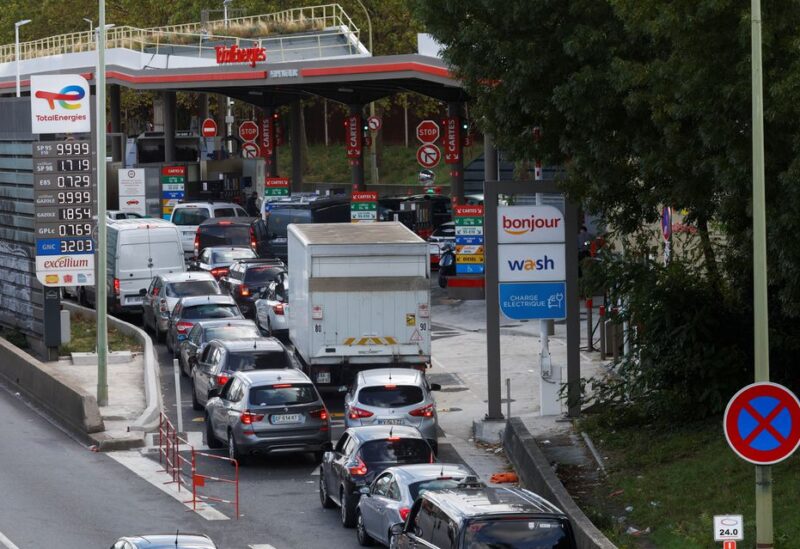 Strikes by France’s CGT union at ExxonMobil (XOM.N) and TotalEnergies (TTEF.PA) refineries continued on Sunday, according to union leaders at both businesses, as the latest discussions had yet to achieve an agreement.

More than a fifth of France’s service stations were experiencing supply issues over the weekend due to industrial action to demand greater pay, which affected operations at four of the country’s largest refineries, three of which were shut down, according to the government.

A CGT representative said the strike continued “everywhere” and that there had been no contact from TotalEnergies since Saturday’s call by the union for the company’s bosses to start wage negotiations.

Wage talks have been underway for weeks at ExxonMobil, while the CGT at TotalEnergies, during nearly two weeks of strike action, said it has been trying to get the management to the negotiation table ahead of formal talks scheduled next month.

Total employees are requesting a 10% salary increase beginning this year, following a boom in energy prices that resulted in massive profits that allowed the business to pay out an estimated eight billion euros ($7.8 billion) in dividends and an extra special payout to investors.

The CEO of the firm stated last week that “the moment has come to reward” employees, but has so far declined to begin discussions.

On Sunday, a TotalEnergies spokeswoman had no immediate comment on the status of the salary discussions. ExxonMobil France did not respond quickly to a request for comment.

Aurore Berge, the head of the governing Renaissance group in the lower house of parliament, said workers had a legitimate right to seek a share in exceptional profits that were made with their help, but not to hurt ordinary people.

“It is not acceptable that workers stage preemptive walkouts which will hit who? The French people who have no other choice (but to use their car),” she told BFM TV in an interview on Sunday.

Senator Bruno Retailleau, who is campaigning to become the head of the conservative Les Republicains, on Sunday urged the government to use force to “end the shortages weighing on drivers”.