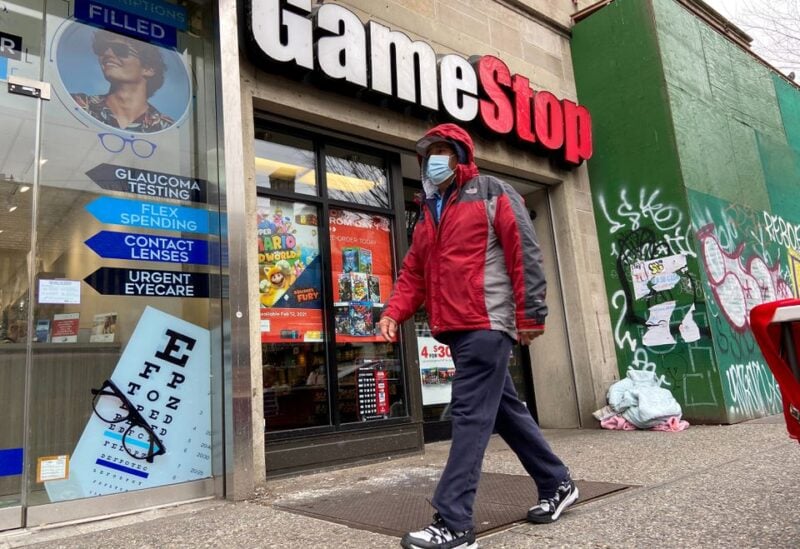 After almost four months of phone calls and emails to GameStop Corp (GME.N) complaining about the slow shipping of an order, New Jersey teacher Steven Titus received a late night call in early March – from a director on the video game retailer’s board.

On the line was Ryan Cohen, the billionaire co-founder and former chief executive of online pet supplies retailer Chewy who is now leading GameStop’s push into e-commerce. Cohen was responding to an email Titus had sent 12 hours earlier to more than two dozen GameStop executives and board members.

“NOBODY has attempted to respond except a muddled voicemail with no distinguishable callback number or extension. E-commerce requires a customer support team and processes that are responsive,” Titus wrote.

“I just got your email, I’m so sorry this happened. Let me get to the bottom of this,” Cohen told Titus.

Cohen then asked GameStop’s new customer service chief Kelli Durkin, who spearheaded initiatives at Chewy that included written personal notes to customers, to look into the matter. Titus was reimbursed for his purchase, even though he had not requested a refund and was only complaining about the tardiness of his order.

The anecdote, described by Titus and GameStop insiders, is representative of the intensity Cohen has brought to the Grapevine, Texas-based company as he pursues an against-the-odds transformation of the brick-and-mortar retailer into an e-commerce firm that can take on big-box retailers such as Target Corp (TGT.N) and Walmart Inc (WMT.N) and technology firms such as Microsoft Corp (MSFT.O) and Sony Corp (6758.T).

Since Cohen joined GameStop’s board in January, the 35-year-old entrepreneur has been obsessing about customer service, contacting customers late into the night to solicit feedback, and has made a push to upgrade the company’s website and online ordering system, eight people who work with or know Cohen said in interviews. Cohen aims to turn GameStop into the “Chewy of gaming” with lower prices, better selection and faster delivery times, said the sources, most of them speaking on condition of anonymity.

Wall Street analysts are doubtful Cohen – a college dropout who says he learned the ins and outs of business from his late father, who was a glass importer – can win back GameStop customers who have become accustomed to streaming video games. Some are struggling to understand why the creator of the world’s most valuable online pet supplies store would take on a moribund video game retailer as a turnaround project.

The sources said Cohen’s efforts are driven by a belief that video game lovers will turn to a dedicated internet shop just as pet lovers turned to Chewy.

“He has the courage of conviction and that muscle memory of doing this before,” said Jay Park, a former Chewy investor who founded Prysm Capital.

His attempted turnaround would have been less in the public eye had GameStop not captured the imagination in January of an army of amateur traders on social media site Reddit who helped drive the company’s market value to a peak of $33.7 billion at the end of that month, from $1.4 billion days before. It is now worth about $14 billion. A year ago, GameStop’s market capitalization was $250 million.

Cohen invested in GameStop last year before the stock became a social media sensation. His 13% stake in the company, on which he spent roughly $75 million, is now worth about $1.8 billion.

Wall Street is watching his every move. The ouster of GameStop’s chief financial officer last month, which Cohen pushed for, was enough to revive a rally in its shares. Investors monitor Cohen’s every tweet, trying to make sense of what seemingly unrelated memes like frogs and ice cream cones mean for GameStop.

Many of Cohen’s investment plans for the company require more capital. Unlike Chewy, GameStop cannot rely on fundraising from California’s Silicon Valley, yet it could raise hundreds of millions of dollars by seizing on its elevated share price to sell stock. GameStop will be legally allowed to do that once it reports its fourth-quarter results, which are scheduled to be released on Tuesday.

None of the sources close to Cohen would comment on whether GameStop would seek to raise capital soon. GameStop declined to comment on the matter.

Cohen founded Chewy in 2011 with Michael Day, who dropped out of college to join in building the startup they sold to retail giant PetSmart for $3.35 billion six years later. Chewy is now a publicly listed company with a market value of $34 billion.

There are similarities between GameStop and Chewy that give Cohen’s supporters confidence he can repeat his success. GameStop has been written off by many industry insiders as the next Blockbuster, the now-defunct movie rental and video game chain. Chewy also was snubbed by much of Silicon Valley as a Pets.com copycat that would be crushed by Amazon.com Inc (AMZN.O).

But there are also key differences. Chewy investors were forgiving of its losses, driven by Cohen’s big spending on customer service and marketing, because it delivered breakneck revenue growth.

GameStop, on the other hand, is no red-hot start-up. Tracing its roots to 1984, it has reported year-on-year revenue declines for the last 10 quarters, and is projected by Wall Street analysts to report a 66% decline in quarterly revenue on Tuesday, according to data compiled by Refinitiv.

Cohen has cautioned GameStop insiders that there is no guarantee of success and that progress could take time while vowing that the company will turn around its financial results quickly this year and 2022 as new video game systems like Sony’s PlayStation or Microsoft’s Xbox are released, the sources said. He is focused on recruiting top talent, including a new CFO, the sources said.

Volition Capital co-founder Larry Cheng, the first investor to back Chewy after about 100 others snubbed it early on, said Cohen’s relentless focus could pay off for GameStop.

“I certainly wouldn’t bet against Ryan. He has a knack for figuring things out,” Cheng said.