Generation Z now has an ETF that reflects its values 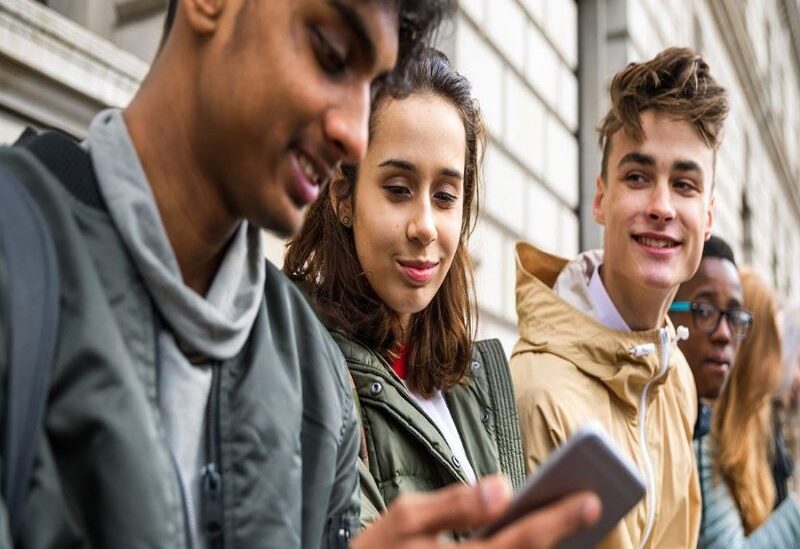 Generation Z is ready to turn the world upside down and is now taking its disruptive attitudes to the world of investing.

This tech-savvy, mobile-first generation is rejecting traditional preconceptions and adopting more progressive perspectives on race, gender, employment, family, the environment, and pretty much everything else. It was just a matter of time before people began to consider investing.

The eldest Generation Z-ers are now joining the labor sector and beginning to invest, but they aren’t only looking to make money. They want to make a difference in the world by working for and investing in firms that benefit the environment rather than harm it.

The financial crisis has left its impact on Generation Z, who have lost trust in large financial organizations, central bankers, and fiat currencies.

They want to take control of their financial destinies by investing in trading applications and putting their faith in cryptocurrency.

According to Bloomberg, Gen Z accounts for over a third of the worldwide population, somewhat higher than millennials.

Now, Gen Z investors can brag about having their own exchange-traded fund (ETF), which debuted on December 14 and promises to match their beliefs.

The Generation Z ETF (GZEN), which trades under the ticker ZGEN, was formed by two teens, former child actor Julian Feder, 18, and Eitan Prins-Trachtenberg, 17, despite the fact that the fund managers are seasoned Wall Street veterans.
According to its website, genz-etf.com, the actively managed fund will target firms “founded after the internet and whose usage, values, disruptiveness, and innovativeness coincide with Generation Z.”

“With 2.5 billion members, Generation Z is an economic powerhouse, forecast to be the highest-earning generation in less than ten years, earning more than $40 trillion yearly,” the site continues.

The ETF presently has 51 equities in the United States. Its top three weightings are Snap, a social networking business launched in 2007, Roblox Corporation, a video game developer founded in 2004, and Coursera, a provider of open online courses (2012).

ZGEN is not the first fund to concentrate its efforts on certain age groups. The Global X Millennial Consumer ETF (MILN) and the Principal Millennials ETF (GENY) were both established in 2016 and now manage $225 million and $104 million, respectively.

GENZ now handles only $5 million in assets, although it is still in its early stages. Is it, however, more than a marketing ploy?

According to Vijay Valecha, chief investment officer of Century Financial in Dubai, it has more to offer because research suggests that Gen Z has a distinct value system and set of expectations than their parents. “They value variety, the environment, and concerns such as sustainability, and they are technologically competent.”

According to Valecha, they have already begun to disrupt the investment industry by pouring money into environmental, social, and governance (ESG) funds and piling into cryptocurrencies.

“Unlike their parents, they have less trust in traditional financial institutions and prefer to use trading applications like Robinhood.”

As baby boomers (1946–1964) retire and die, Valecha predicts that Gen Z and millennials will inherit tens of billions of dollars. “It’s a large market.” Who wouldn’t want one of these?

Others, though, remain skeptical. According to John Moore, senior investment manager at wealth firm Brewin Dolphin, the GENZ ETF functions best as a sales and marketing tool. “Aside from that, it’s tough to discern any merit.”

If Gen Z and millennial investors are truly concerned about concerns such as ethical business, human welfare, sustainability, and diversity, Mr Moore believes that designing this fund as an ETF makes no sense.

You do not own the underlying assets when you invest in ETFs. “If having a voice and driving change are crucial, then you must have ownership, a vote, and a method to send feedback to management.”

Major fund managers, such as Baillie Gifford and Liontrust, cultivate long-term ties with the companies and entrepreneurs they work with. “It offers people a say in business governance, culture, and communication.”

Mr Moore claims that most ETF managers do not provide this service. “We would advise any young investor to seek guidance before investing in such a product.” Alternatives include the Baillie Gifford Positive Change Trust, the Keystone Investment Trust, and the Liontrust Sustainable Growth Trust.”

According to Gemma Boothroyd, an analyst with FinTech stock trading firm Freetrade, ZGEN’s investing mandate is limited, which may work against it. “By investing just in firms that have gone public since 1997, it is passing up a plethora of attractive investment opportunities for no other reason than to keep its ticker current.”

Apple and Microsoft are two good examples, she argues. Despite the fact that Gen Zers are among their most ardent fans, both equities are omitted from the ETF’s portfolio since they were launched in the dark and distant years of 1980 and 1986, respectively.

According to Ms Boothroyd, these are two of the most popular equities among Gen Z investors on the Freetrade platform. “Given that the fund’s purpose is to invest in firms that are utilized by and ethically aligned with Gen Z ideals, this tough stance appears wrong.”

In the long term, established firms that have evolved to attract younger clients may prove to be more inventive. “Over time, a company’s capacity to pivot and adapt matches the fund’s stated purpose of investing in firms on the cutting edge of innovation,” Boothroyd adds.

She is also concerned about the fee structure of the ETF, as the 0.60 percent total expense ratio is high for an ETF. “Fees aren’t everything, as long as performance is decent, but it’s always vital to know what you’re paying.”

Defining a generation’s moral compass is “difficult,” as is finding firms that fit, according to Boothroyd. “Young investors are unique, therefore there is a lot of opportunity here, but classifying firms that match their needs is tricky.”

This might explain why many of ZGEN’s assets appear to be skewed toward technology, which may not necessarily be a moral force but does correspond with the company’s objective to invest in disruptive and inventive firms.

The disadvantage is that the fund becomes less diverse as a result. “If the market’s recent tech sell-off continues, ZGEN might plummet.”

Ms Boothroyd adds that it may need to widen its investment requirements, but doing so would diminish the basis for its existence.

Whatever age you belong to, one thing remains constant when it comes to investing, according to Dino Ibric, vice director at financial platform Swissquote MEA. “The purpose of any investment fund is to outperform its competitors in terms of returns.”

According to him, plenty of mainstream funds now provide a range of investment alternatives that Gen Z can relate with, such as new technology, robots, and FinTech, as well as impact investing. “Younger investors tend to adopt more sophisticated technology, which contributes to the disruptive trend.”