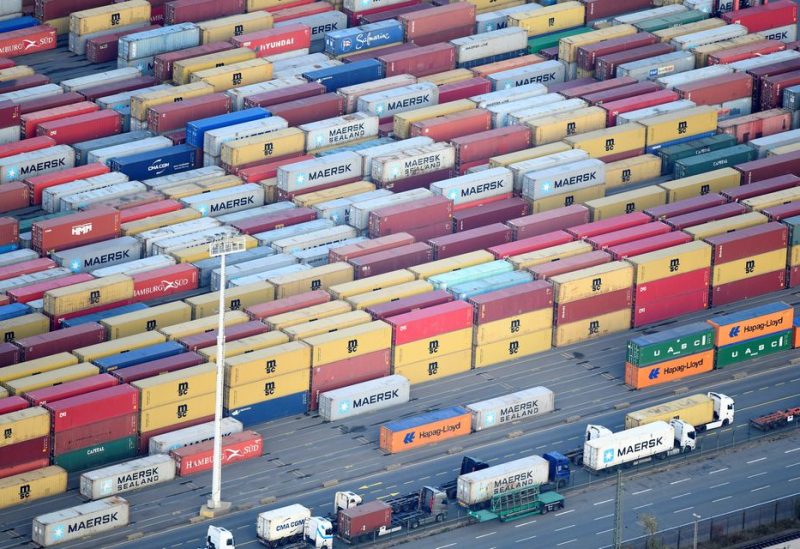 Containers are seen at a terminal in the port of Hamburg, Germany November 14, 2019. REUTERS/Fabian Bimmer/File Photo

The German cabinet approved an investment by China’s Cosco for a 24.9% stake in one of logistics firm HHLA’s three terminals in Germany’s largest port in Hamburg, fuelling debate about strategic foreign investments.

The approved investment is less than the initially planned 35% stake that the Chinese shipping giant and HHLA had aimed for and does not give Cosco any say in management or strategic decisions.

The compromise was negotiated after significant political resistance against Cosco participation that inlcuded rejection by the economy and foreign ministries. It came a week before Chancellor Olaf Scholz is due to travel to China.

Cosco did not immediately reply to a request for comment. A German government source told Reuters that the Chinese company had agreed to the deal.

HHLA, which is majority-owned by the city of Hamburg and one of the main users of the port, had no comment. It was working on finding an agreement with Cosco on the new conditions, a source close to the company told Reuters.

With the original 35% deal, the German logistics firm had wanted to tie its long-standing shipping customer to Hamburg port in the face of fierce international competition.

However, the painful experience of being too dependent on Russian gas has changed the German government’s attitude towards strategic foreign investments. Chancellor Olaf Scholz, a former mayor of Hamburg, is seen as the driving force behind the compromise that was reached amidst fierce opposition.

The foreign ministry drew up a note on the cabinet meeting that documents its rejection of the Cosco investment, which the economy ministry and the four ministries led by the liberal democrats joined, Reuters was told by two government sources, signalling further tension in the three-party government coalition.

The investment “disproportionately expands China’s strategic influence on German and European transport infrastructure as well as Germany’s dependence on China”, the note, seen by Reuters, says.

It points to “considerable risks that arise when elements of the European transport infrastructure are influenced and controlled by China – while China itself does not allow Germany to participate in Chinese ports”.

In the event of a crisis, the acquisition would open up the possibility for China to politically instrumentalise part of Germany’s as well as Europe’s critical infrastructure, it says.

Economy minister Robert Habeck was also among those who said Germany should avoid Chinese investment in critical infrastructure if possible.

Supporters of the HHLA deal say it will allow Hamburg, where Scholz was mayor for seven years, to keep pace with rival ports that are also vying for Chinese trade and some of which are partly owned by Cosco.