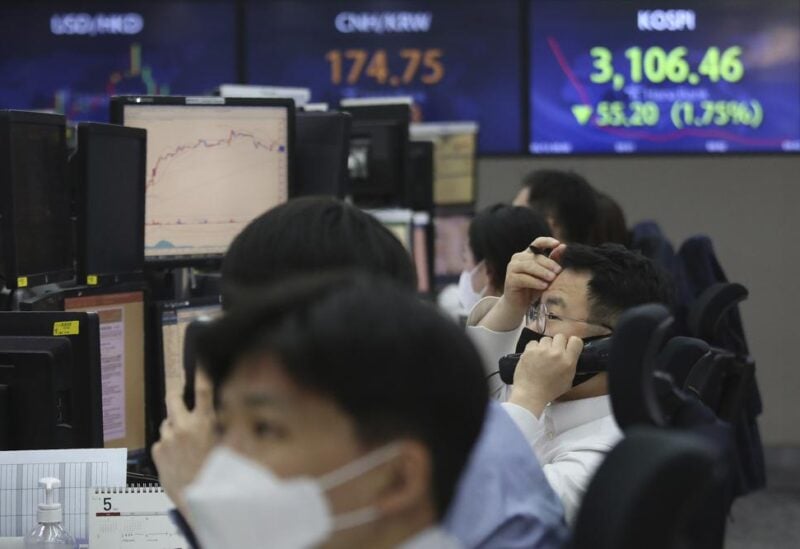 BEIJING: Stock markets in London and Tokyo tumbled 2.5% on Thursday and U.S. futures were lower after a jump in American consumer prices fueled worries inflation might drag on an economic recovery.

The Federal Reserve says this surge should be temporary, but “if inflation does not calm,” the challenge to the U.S. central bank’s credibility “could be disruptive,” Tai Hui of JP Morgan Asset Management said in a report.

On Wednesday, the S&P 500 lost 2.1% while the Dow shed 2% in its biggest decline since January. The Nasdaq gave up 2.7% in its largest pullback since March.

Thailand’s benchmark fell more than 2% as the country reported a record 4,887 new COVID-19 cases in its worst outbreak since the pandemic started. More than half were in just two prisons in Bangkok.

On Wednesday, Apple, Microsoft and Amazon all fell more than 2%. Tesla fell 4.4%, bringing its pullback this month to nearly 17%.

Bond yields, or the difference between market price and the payout at maturity, snapped higher as prices fell. Bond prices fall if investors worry the value of that payout will be eroded by higher inflation.