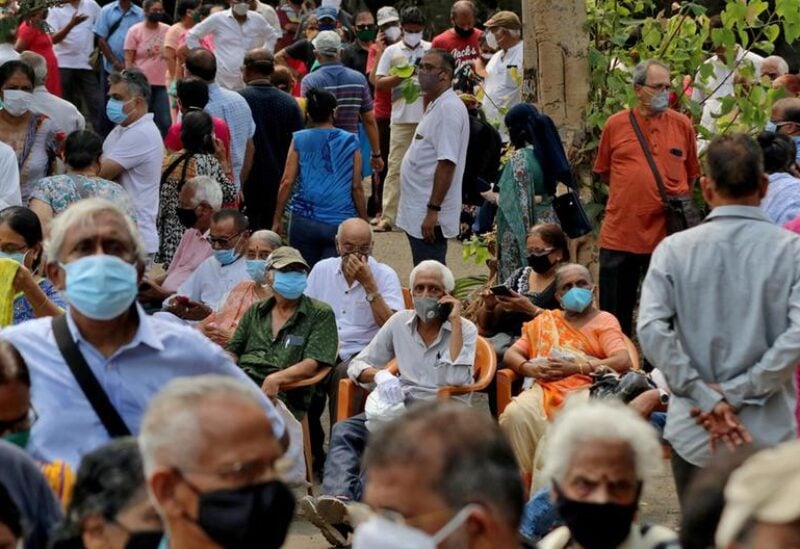 Indian bank credit growth hit a record low in fiscal 2020-21 and is expected to languish near those levels this year as a massive surge of Cvoid-19 infections risks denting India’s economic recovery and forces lenders to turn cautious again.

Credit growth touched a record low of 5.6 per cent in financial year 2021, recently released Reserve Bank of India (RBI) data showed, and it slipped even further in April.

“We were estimating credit growth of 8-9 per cent for this financial year, but due to the rise in Covid-19 cases, a higher mortality rate and lockdowns in several parts of the country, downward risks have arisen,” said Karthik Srinivasan, analyst at ICRA.

India’s total number of Covid-19 cases passed 18 million on Friday and its official death toll topped 200,000, although many fear the real toll may be much higher.

“Demand for credit is restrained while supply side conditions are far from conducive, and may even turn more challenging as policy support fades…The deterioration in the risk profile of borrowers is a major handicap,” ANZ economists Sanjay Mathur and Krystal Tan wrote in a recent research note.

Risk-averse savers however have continued to park funds in term deposits with banks amid high volatility in stock markets and high gold prices. This has led to banks’ deposit growth remaining fairly strong compared to 2019 levels.

Lending on the other hand, particularly to corporates, was muted in 2020/21, and analysts and bankers rule out any major improvement for at least two quarters.

With several industries seeing capacity utilisation of less than 75 per cent, they have put expansion and borrowing plans on hold with commercial paper (CPs) borrowings also falling.

“Lending picked up slightly at the end of last year but due to this challenging second (coronavirus) wave we’re all focusing on collections more than growing the book,” said a banker at a state-owned bank.

“Banks are on wait-and-watch mode for lending right now,” he added.

The central bank has said it will ensure ample liquidity so that there is sufficient credit available for productive sectors of the economy and markets for absorbing the government’s massive borrowing programme.

Despite the RBI’s assurances on liquidity, lending has remained weak. Though the cost of borrowing has fallen steeply since last year and more credit has been made available to banks to lend, there have been very few takers of these loans.

The credit-deposit ratio shows how much of each rupee of deposit is extended by the bank as actual credit disbursal and is thus one of the basic credit growth indicators in the economy.

The continued fall in the CD ratio indicates credit demand has been a bigger problem than credit supply, and the banks’ recent risk averseness due to a potential rise in bad debt could further aggravate this situation.