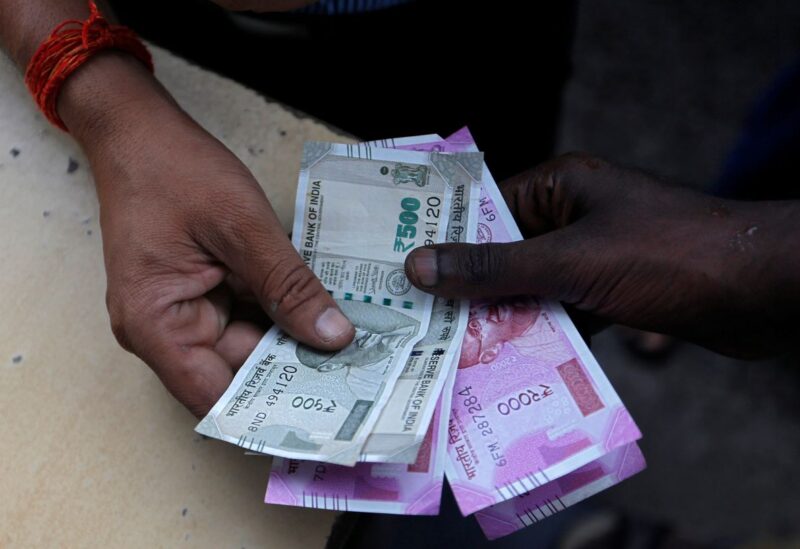 A customer hands Indian currency notes to an attendant at a fuel station in Mumbai, India, August 13, 2018. REUTERS/Francis Mascarenhas/File Photo

The Indian central bank likely sold dollars through state-run banks on Thursday, as the rupee gave up most of its intraday gains and threatened to sink to new record lows, according to traders.

Two bankers and a brokerage business verified the Reserve Bank of India’s intervention to Reuters.

The rupee was last trading at 81.92, almost flat from 81.94 in the previous session and within striking distance of the 81.95 record low.

The rupee was not able to sustain the gains on dollar demand from foreign banks and from oil refiners, traders said. The rebound on the dollar index and Treasury yields marching higher after Wednesday’s pullback further pressured the rupee.