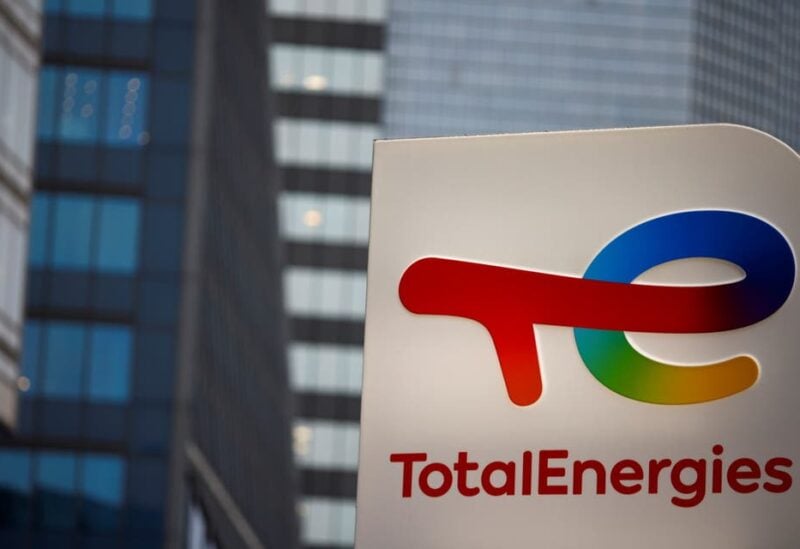 The logo of French oil and gas company TotalEnergies is pictured at an electric car charging station and petrol station at the financial and business district of La Defense in Courbevoie near Paris, France, June 22, 2021. (Reuters)

The French energy company aims to capture and process 600 million standard cubic feet a day of gas from the Ratawi field, the Iraqi News Agency said, citing a government spokesman.

Total will also build a 1,000 megawatt solar power plant and start work on a seawater-injection project that aims to increase oil output from southern fields. The Oil Ministry signed an initial agreement with Total in March and was waiting on the cabinet’s approval before proceeding.

Iraq is spending billions of dollars to ramp up gas production and reduce its reliance on imports from Iran. It uses the fuel largely to power its electricity plants. Supply disruptions as well as mismanagement have caused severe power outages in the past year.

Baghdad is also trying to boost its oil-production capacity beyond today’s level of around 4.5 million barrels a day.