Lira on four-day skid as Ankara struggles to hold confidence 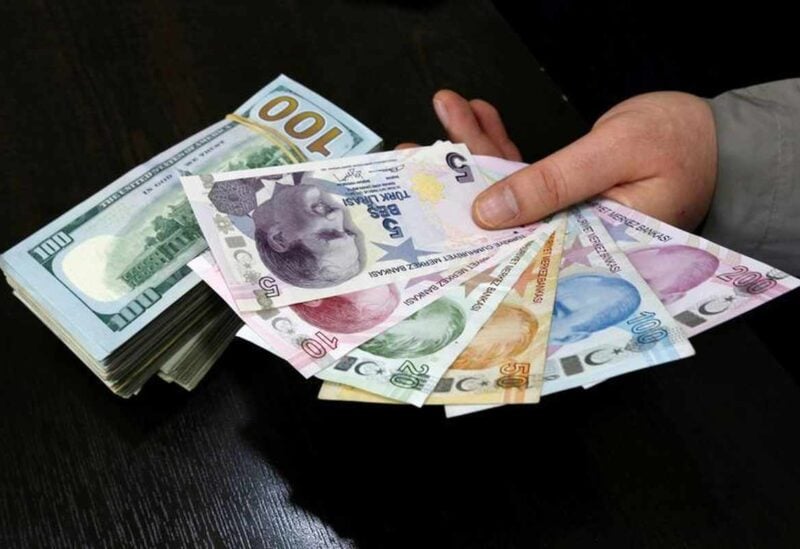 The Turkish currency dropped as much as 6% on Thursday, continuing a four-day decline following last week’s huge gains, as the government sought to persuade savers to overlook the volatility and concerns about rising inflation and unconventional rate cuts.

At the same time, the central bank’s net foreign currency reserves, which act as a safety net in the event of a financial catastrophe, fell to near two-decade lows.

The lira has shed as much as 20% in four trading sessions, reversing a more than 50% rally over the previous five days triggered by a new state scheme to protect local deposits from depreciation losses versus hard currencies.

However, Thursday’s data showed that most of last week’s lira appreciation in fact had been driven by central bank intervention, said Per Hammarlund, chief EM strategist at SEB.

“(The locals) are not rushing to convert their dollar savings into lira, that is for sure,” Hammarlund added.

On Thursday, the lira weakened to 13.4 to the dollar before recovering to 13.00 by 1630 GMT, still down 4.7% on the day. Swinging from 18.4 to 10.25 over the last two weeks, the lira’s dizzying ride has seen Turks’ savings depleted and household budgets upended.

The fast-moving currency crisis was set off by a series of aggressive interest rate cuts beginning in September that were sought by President Tayyip Erdogan under his “new economic programme” focused on exports and credit.

Economists and opposition lawmakers called the easing reckless given inflation had climbed above 21%, and is expected to soar beyond 30% this month and in the months ahead, due to the sharp lira depreciation.

Nebati – whom Erdogan appointed earlier this month – said on Wednesday the volatility was not worrying and predicted single-digit inflation by 2023, which is much more optimistic than analysts’ views.

Nebati also said there were no state interventions to sell dollars and boost the lira last week, despite data showing reserves fell in what bankers and economists said reflected state-backed market support.

The central bank has announced five direct interventions this month to support the lira, which bankers say totaled $6-$10 billion. There were no intervention notices in the last two weeks, when the reserves began to plunge.

The scheme unveiled by Erdogan is meant to reverse the tide of dollarization. Under it, the Treasury or central bank covers the difference between deposit rates and the foreign exchange and gold rate for lira converted into the new instrument.

The scheme provided some backstop for the currency, said Marek Drimal at Societe Generale, though “market participants need to see tangible steps to address underlying problems in the economy.”

Many economists and political analysts warn that if the lira continues to depreciate, the scheme could stoke inflation and add to the state’s fiscal burden.

“Emergency measures put in place are only going to give short term relief; in the long term, they seem likely to exacerbate the crisis,” said Howard Eissenstat, associate professor of Middle East history at St. Lawrence University in New York State.

Nebati told broadcaster CNN Turk that 59.8 billion lira ($4.60 billion) were in the protected deposits as of Wednesday and local investors’ foreign currency deposits declined by $7 billion to $162 billion since the scheme was announced.

Some analysts say the scheme and a 50% minimum wage rise could pave the way for Erdogan to hold snap elections before scheduled in 2023. read more

SEB’s Hammarlund predicted the lira would face more volatility in the weeks ahead.

“They are just pulling one rabbit out of the hat after another, so it is hard to say what the next measure could be.”