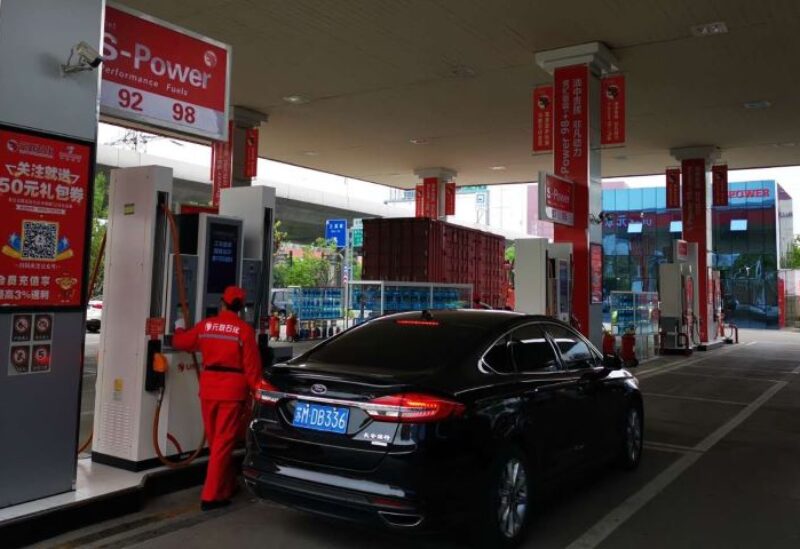 Filling gasoline at a gas station

According to Fitch Ratings, oil-importing countries in the Mena area remain sensitive to increasing crude prices, which are anticipated to exacerbate fiscal and current account deficits while also fueling inflation.

Except for the hydrocarbon-rich GCC bloc, most Mena nations are net importers of oil and gas, the primary sources of energy in electricity generation and transportation.

Rising hydrocarbon prices expose these countries to a “combination of greater fiscal and external outlays” and inflation, which might “undermine social and political stability,” according to a research by Fitch analysts Cedric Berry and Krisjanis Krustins.

Except for Israel, regulated power rates in all Mena oil importers are below the cost-recovery level, despite efforts to boost tariffs in the medium term.

Financial support for the electricity industry contributes significantly to budgetary deficits and has raised Jordan’s, Lebanon’s, and Tunisia’s debts in particular.

Electricity prices in Morocco and Tunisia were stable between 2020 and 2021, but they increased in Egypt, Jordan, and Lebanon.

Oil prices increased by more than 67% last year and are already at their highest level since 2014. At 1.54pm UAE time on Wednesday, international benchmark Brent was trading at $88.95 a barrel, while West Texas Intermediate, the gauge that monitors US crude, was trading at $86.08.

Import volumes in Lebanon, which is experiencing one of the world’s worst financial contractions since the 1850s, will be limited by declining foreign currency reserves and a lack of external finance as the country’s economy continues to struggle.

Lebanon essentially removed gasoline subsidies in October 2021, after a series of price increases brought the exchange rate, which is used to price fuel imports, in line with black market costs.

“Gasoline inflation, including fuel for transportation and power generation, was 1,389% in November, indicating subsidy cutbacks and monetary debasement while total inflation surged to 20%,” Fitch analysts said.

Higher energy prices will put pressure on Tunisia’s foreign currency reserves, notwithstanding the country’s lack of access to external finance.

The increased input costs would put more burden on the finances of the state-owned Tunisian Company of Electricity and Gas, or Steg, which has suffered consecutive losses in recent years.

Concerns about rising inflation and rate hikes will continue to drive market volatility.
Unless sales prices are modified, Fitch predicts that the cost of selling electricity below production cost would rise to more than 1.8% of GDP in 2022, up from 0.8% of GDP in 2021.

Tunisia’s Steg is already heavily indebted, with debts totaling more than 10% of GDP as of the end of 2019. The rating agency anticipates that the majority of the higher subsidy costs will eventually be reflected in further budget transfers.

Fitch also predicts that if oil prices continue around $80 per barrel without changes, the fiscal deficit would grow by one percentage point in 2022 and two percentage points in 2023.

“Authorities estimate that a rise in oil prices of $10 per barrel raises the cost of oil and gas subsidies by 1% of GDP,” Fitch added.

According to Fitch, Jordan, which imports more than 94% of its energy needs and eliminated petroleum subsidies in 2012, is forecast to have a net energy trade imbalance of more than 6% of GDP in 2021, up from around 4% in 2020. The Kingdom’s National Energy Strategy 2015-2025 intends to increase the amount of energy consumption satisfied by local suppliers from 2% to nearly 40% by 2025, with a target of 11% renewable energy input into the energy mix.

“This is a contributing factor to Jordan’s projected total current account deficit of more than 9% of GDP, despite favorable funding circumstances and external support mitigating debt sustainability risk, and external liquidity indicators,” the Fitch analysis said.

Rising hydrocarbon feedstock costs may necessitate tariff modifications or more government outlays to assist power sectors, albeit utilities can withstand larger losses in the near run.

However, gasoline and utility prices continue to be a “sensitive issue for political and social stability, and we fear any cutbacks in subsidies under consideration might precipitate social and political unrest, particularly in Tunisia.”