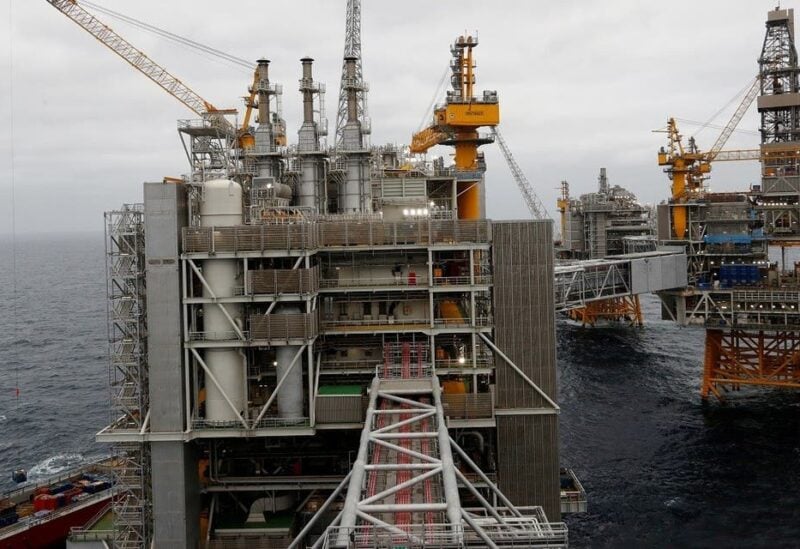 A view of Equinor's oil platform in Johan Sverdrup oilfield in the North Sea, Norway. (Reuters)

Oil held above $70 a barrel on Wednesday as signs of rising fuel demand in the United States were balanced by concerns about travel curbs in Asia caused by the spread of the COVID-19 Delta variant.

Industry data showed US crude and gasoline inventories fell last week, while the US Energy Information Administration said US job growth and increasing mobility have boosted gasoline consumption so far this year.

The price of Brent is up 36 percent this year, supported by OPEC-led supply curbs, although oil last week suffered the steepest weekly loss in months on worries that travel restrictions to curb coronavirus infections will derail the demand recovery.

The Delta variant has been detected in more than a dozen Chinese cities since the first cases were found in July, prompting some new travel restrictions, while US cases and hospitalizations have soared to six-month highs.

In focus later will be the EIA’s official US inventory figures at 1430 GMT. On Tuesday, oil industry group the American Petroleum Institute said US crude stocks fell by 816,000 barrels and gasoline stocks dropped by 1.1 million barrels.