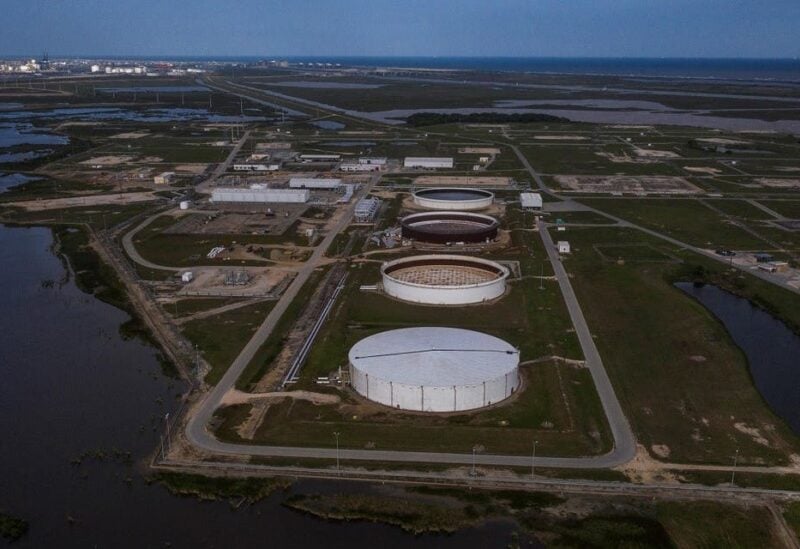 An aerial view of an oil storage facility in Texas. (Reuters)

Oil prices fell for a third day on Thursday amid uncertainty over supply after the collapse this week of talks among major producers which could potentially cause the current output agreement to be abandoned.

Both contracts were at their lowest in about three weeks.

However, the six-month spread is still in backwardation with the front-month price higher than later months.

“This suggests that no immediate flooding of the market is anticipated,” PVM analysts said in a note.

Brent prices have fallen about $5 a barrel, or 6.4 percent, since Monday’s close after talks between the Organization of the Petroleum Exporting Countries and its allies, including Russia, known as OPEC+, fell apart.

Saudi Arabia refused demands from the United Arab Emirates to raise its output under the group’s supply cut agreement which has restrained supply for more than a year.

The group is maintaining nearly 6 million barrels per day (bpd) of output cuts and was expected to add to supply, but three days of meetings failed to close divisions.

Russia is trying to mediate to help strike a deal to raise oil output, three OPEC+ sources said on Wednesday.

Concerns over the pandemic also weighed on prices, with Japan, the world’s fourth-largest oil user, set to declare a state of emergency for the Tokyo area and South Korea reporting its highest ever daily COVID-19 cases.

Prices found some support from a large drop in oil inventories in the United States.

Government inventory data is due on Thursday, pushed back a day following the US Fourth of July holiday on Monday.

US oil production declines this year are expected to lessen, with the Energy Information Administration (EIA) saying on Wednesday that output will be 11.10 million bpd in 2021, higher than a previous forecast.