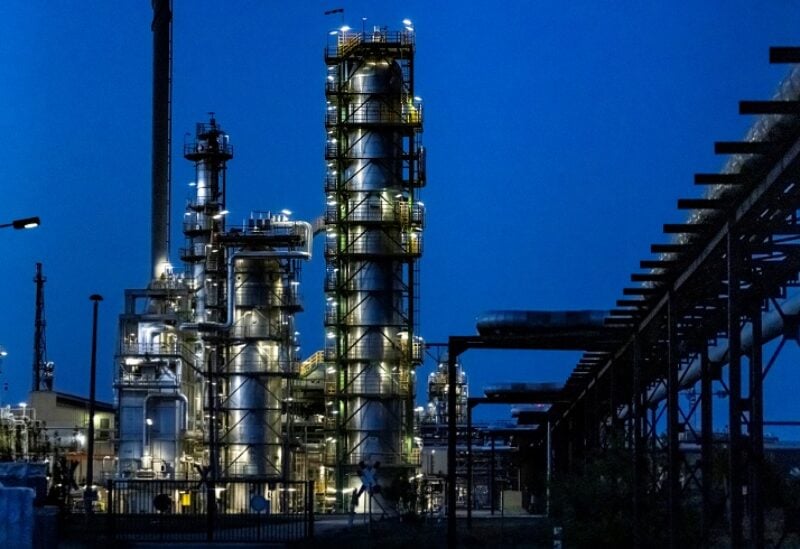 Industrial facilities of PCK Raffinerie oil refinery are pictured in Schwedt/Oder, Germany, May 9, 2022. The company receives crude oil from Russia via the 'Friendship' pipeline. REUTERS/Hannibal Hanschke

Amidst stronger demand hopes ahead of the US driving season, and with China easing restrictions in Shanghai, Oil prices increased on Monday
International benchmark Brent crude was trading at $111.17 per barrel at 0702 GMT for a 1.07% increase after closing the previous session at $109.99 a barrel.

A price rally arose from hopes of improving fuel demand in China, the world’s largest oil importer, with the easing of ongoing COVID restrictions in Shanghai expected at the end of May.

Beijing, however, reported a record number of new COVID-19 cases on Sunday, reigniting fears of a shut-down in the Chinese capital as authorities try to contain the outbreak.

The US dollar index, which measures the value of the American dollar against a basket of currencies, including the Japanese yen, British pound, Canadian dollar, Swedish krona and Swiss franc, declined 0.48% to 102.66.

The start of the US summer driving season in June is backing the uptick in oil prices, with the auto club AAA expecting a 8% year-over-year increase in travel over the upcoming Memorial Day weekend.

Meanwhile, the price upturn was negatively impacted by the lingering EU ban on Russian fossil fuels as the bloc struggles to convince some of its members of the viability of banning Russian gas exports, particularly Hungary, which is highly dependent on Russian gas.