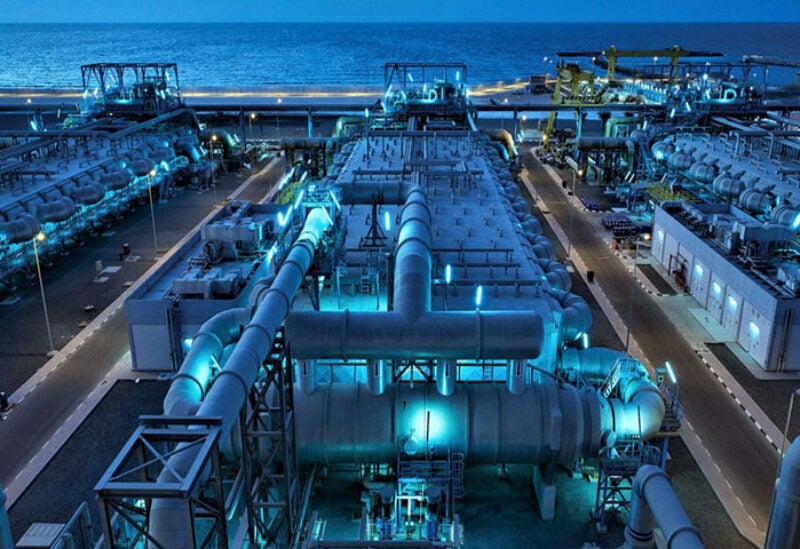 The Red Sea Development Co. (TRSDC) launched the first desalination plant using solar and wind energy in the Kingdom as part of efforts for sustainable environment by limiting carbon emissions.

Chief of staff at TRSDC Ahmed Ghazi Darwish, said that the project was launched in collaboration with Source Global, PBC, which specializes in renewable drinking water.

He added that the solar-powered desalination plant will have a production capacity of 2 million 330 milliliter water bottles per year. The production of 300,000 bottles annually will begin in the coming years.

As part of the sustainable model, reusable bottles will be used to help achieve carbon neutrality.

During the first phase of the plant’s construction, experts selected an ideal plot of land, and 100 hydrogen panels were placed after a virtual survey was conducted by specialists according to the plant’s specifications and requirements.

In addition, a total of 1,200 hydrogen panels will be added during the second and third phases, and the plant will be provided with necessary components and reusable bottles by companies operating in the Kingdom.

Darwish said that the desalination technology used by TRSDC will fully depend on solar energy to raise condensation levels in the hydrogen panels in order to produce high-quality fresh water.

He added that the performance of the panels will be monitored through a smart application that will show the volume of water produced, the environmental impact of the panels and maintenance alerts.

The desalination technology is wholly sourced from Saudi companies, and conforms to local and international water quality standards, including those of the GCC Standardization Organization, World Health Organization, Saudi Food and Drug Authority, and Saudi Ministry of Environment, Water and Agriculture.