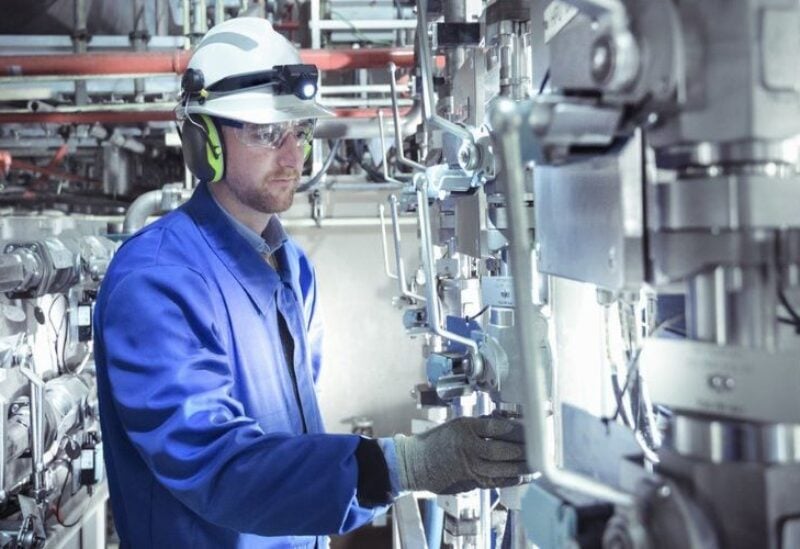 Small modular nuclear reactors, or SMRs, can help Middle Eastern countries achieve their clean energy goals while also assisting power-hungry industrial units to decarbonize production in the face of rising demand for cleaner metals and other products, according to the chief executive of Rolls-Royce SMR.

The British company is bringing its SMR technology to the World Future Energy Summit – a global conference showcasing green energy technology – and hopes to begin discussions with government representatives and large industrial companies to explore the potential of deals in the region, according to Tom Samson in an interview with The National.

Nuclear energy has a significant role to play in “addressing any country’s clean energy demands,” and “we are hoping to have those talks when we head down to Abu Dhabi.”

The business is already looking for ways to offer its technology to potential consumers in the United Kingdom.

The first SMR units, however, are not expected to come online until the early part of the next decade as the company goes through regulatory processes in the UK, builds factories, certifies its designs, and moves on to the production process, according to Mr Samson, who was previously the chief operating officer of the Emirates Nuclear Energy Corporation in the UAE.

“The timing for the initial units is longer. Once the factories are completed, we will be able to produce two units each year, and if demand grows, we will simply construct more factories,” he explained.

Governments in the hydrocarbon-rich GCC economic bloc are shifting their focus to green energy and lowering their reliance on fossil fuels.

They have substantially invested in solar and wind projects and are looking at new ways to decarbonize their power networks and cut emissions in order to fulfill their lofty net zero objectives.

The UAE, the Arab world’s second-largest economy, is now the only Arab country with a full-scale operating nuclear power plant.

Unit 3 of the Barakah Nuclear Energy Plant was just completed by the Emirates. Unit 1 is already fully operational, and Unit 2 has recently been linked to the main grid and is still being tested.

Saudi Arabia, the world’s largest oil exporter, intends to develop nuclear power facilities as well. The monarchy is considering investing $100 billion in a series of reactors with a total capacity of 22 gigatonnes.

Despite their size, SMRs are “complementary” to governments’ nuclear and renewable energy ambitions, offering “a lot of various methods of adding to your flexibility,” he added.

“If your country is already on a nuclear trip and is considering huge [units], SMR is an extra option.”

Unlike full-scale nuclear facilities, which need tens of billions of dollars in investment, SMRs may be manufactured in factories, with modules small enough to be moved and manufactured at a low cost.

Rolls-Royce SMRs, which are about the size of two football fields, can generate enough electricity to power 450,000 households or companies that demand a lot of energy. They may service clients ranging from high-power data centers to those seeking to manufacture synthetic fuels and hydrogen.

The units are expected to cost around £2 billion ($2.72 billion), and Rolls-Royce SMR hopes to give power generating alternatives for “60 years on a cost-competitive basis.”

The Middle East is also home to some of the world’s largest industrial enterprises and power consumers, such Emirates Global Aluminium and Emirates Steel in the United Arab Emirates, as well as Aluminium Bahrain.

“We are bringing to market a solution that targets not just grid power, but also industrial clients by presenting something that is low-cost, competitive [and] employs established technology,” Mr Samson explained.

He stated that his business is introducing a device that would “totally revolutionize how nuclear electricity may be provided” via a factory-built solution.

Customers will, however, be required to invest in the building of the units.

“Think of SMRs as a nuclear IPP [independent power plant], where we bring in private finance and get funding to develop a project on a turn-key contract [basis,” he explained.

Mr Samson stated that Rolls-Royce SMR raised over £500 million last year and is actively searching for locations to establish plants in the UK.

It will produce and transport units to clients from its UK production center, and if there is enough demand in a certain location, it will put up facilities there to begin manufacturing the product locally.

“Both of these ideas are viable,” he remarked.

The business is optimistic about SMR demand in the GCC, Central Europe, Turkey, the US, and Canada.

“We created something that is global and scalable,” he explained. “The shift to clean energy is a worldwide energy challenge, and our technology is meant for the global market as people progress toward net zero solutions by 2050 and beyond.”