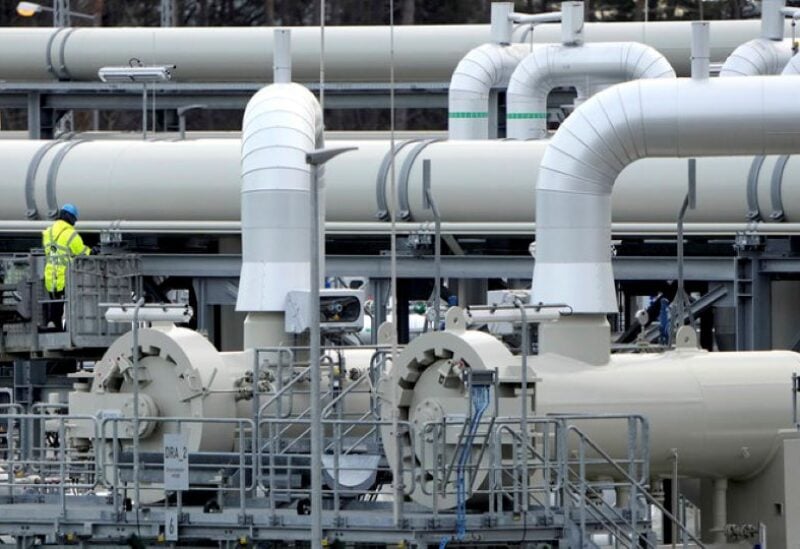 If the West goes forward with an embargo on Russian oil, Russia has threatened to shut down its main gas pipeline to Germany.

The rejection of Russian oil, according to Deputy Prime Minister Alexander Novak, would have “catastrophic ramifications for the global market,” forcing prices to more than quadruple to $300 a barrel.

As a means of punishing Russia for its invasion of Ukraine, the US has been discussing a possible ban with allies.

On Monday, however, Germany and the Netherlands both rejected the plan.

The EU imports over 40% of its gas and 30% of its oil from Russia, and there are no cheap alternatives if supplies are stopped.

Mr Novak claimed it would be “difficult to swiftly find a replacement for Russian oil on the European market” in a speech broadcast on Russian state television.

“It will take years, and European consumers will still pay significantly more. They will be the ones who suffer the most as a result of this decision “he stated

He said that an oil embargo may result in retaliation, citing Germany’s decision last month to halt approval of Nord Stream 2, a major gas pipeline connecting the two countries.

He stated, “We have every right to make a matching decision and put an embargo on gas pumping through the [existing] Nord Stream 1 gas pipeline.”

It also provides around 10% of the world’s nickel, primarily for use in stainless steel and electric vehicle batteries.

Nickel prices on the London Metal Exchange more than doubled on Tuesday, breaking beyond $100,000 per tonne for the first time.

Ukraine has urged the West to impose an oil and gas embargo, although there are concerns that this would drive up costs. Fears of an embargo sent Brent crude oil up to $139 (£106) a barrel on Monday, its highest level in over 14 years.

The average price of petrol in the United Kingdom also touched a new high of 155p per litre.

Brent crude, the global oil standard, was little changed on Tuesday, with the price of a barrel rising 3% to $121.

The Reuters news agency said that the US would be willing to go ahead with an embargo without its partners, despite the fact that Russia only supplies only 3% of its oil.

However, German Chancellor Olaf Scholz criticized the idea of a broader ban on Monday, saying that Europe “deliberately spared” Russian energy from sanctions because its supply could not be ensured “any other way” at the time.

European nations, on the other hand, have sworn to gradually shift away from Russian hydrocarbons, while some Western companies have boycotted Russian imports or pledged to sell their shares in Russian energy firms.

Despite completing all of its contractual responsibilities to export oil and gas to Europe, Mr Novak said that Russian industries were already feeling the impact of US and European initiatives to reduce reliance on Russian energy.

“The talk and words we’re witnessing about a prospective ban on Russian oil and petrochemicals, on phasing them out, alarm us,” he said.

“We’re seeing a lot of strain on our partners, traders, shipping businesses, banks, and financial institutions.”

His remarks came after the third round of peace talks between Ukraine and Russia in Belarus stalled.

Since the violence began on February 24, more than 1.7 million Ukrainians have fled to Central Europe, according to the UN refugee agency, with over 1 million arriving in Poland.