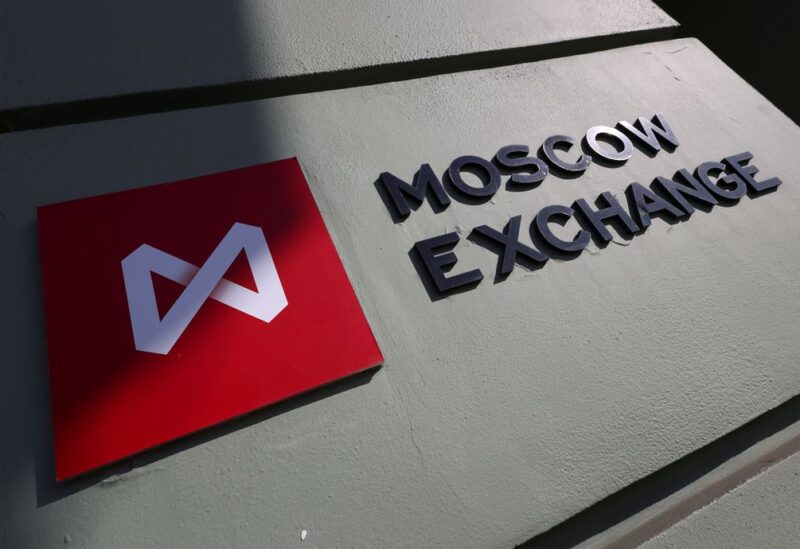 A board with the logo is on display outside the office of the Moscow Exchange in the capital city of Moscow, Russia March 24, 2022. REUTERS/Maxim Shemetov

Russian stock markets soared and the rouble gained value on Monday, after the bourse opted not to permit some foreign investors to return to the market for the first time since February.

Given the unexplored seas of an equities market that currently offers enormous dangers and inadequate transparency, traders anticipate that if foreign investors return, some will instantly dump shares.

Russia’s stock market fell 3% on Friday after the exchange said it would let clients from “friendly” jurisdictions, those which have not deployed sanctions against Russia, start trading after an almost six-month hiatus.

However, in a statement after Friday’s market close, the Moscow Exchange said the ruling on the return of foreign investors would only apply to the derivatives market, not the main stock market.

Analysts said the clarification on the return of foreign investors could catch out short sellers that had bet on the market sliding once some foreigners were able to offload their holdings.

“Those who were waiting for excess supply of shares and opened shorts will close their positions today, which may result in a short-term rebound,” the Moscow-based BCS Global Markets brokerage said in a note.

No date has been set for when foreigners from “friendly” countries – which account for 1% of Russian holdings – will be permitted to trade Russian shares. There is little prospect of non-residents from “unfriendly” countries, which include European Union members, United States and Britain, being able to trade on the Russian markets any time soon.

Foreigners have been locked out of the market since Feb. 25, the day after President Vladimir Putin ordered tens of thousands of troops into Ukraine.

Since the start of August the currency has fallen back from multi-year highs reached earlier this year under strict capital controls.

Maxim Biryukov, senior analyst at Alfa Capital, said the rouble was likely to continue weakening from this point.

“The main factor in the weakening of the rouble is the fall in exports to ‘unfriendly’ countries – through the initiative of both importers and Russian exporters,” he said.

“Although this effect is partially offset by export prices, in the event of a slowdown in the global economy, a decline in volumes and prices may have a strong weakening impact on the trade balance and the rouble.”