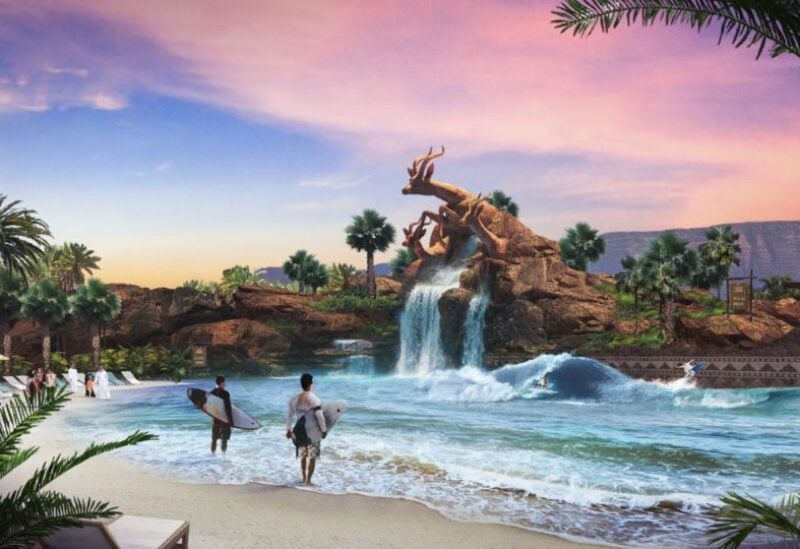 The developer of a multibillion-dollar entertainment destination in Saudi Arabia’s capital, Riyadh, has been given a contract for 2.8 billion Saudi riyals ($750 million) to create the kingdom’s first and largest water theme park.

According to QIC, the contract was granted to a joint venture between Alec Saudi Arabia Engineering and Contracting and El Seif Engineering Contracting.

The park will span 252,000 square meters of land and feature 22 rides and attractions, nine of which will be world premieres. It will be divided into nine zones and will be inspired by the creatures that live in the Qiddiya region.

“Qiddiya Water Theme Park will be a year-round immersive family entertainment destination, the first of its type in Saudi Arabia, delivering experiences that have never been presented before,” QIC managing director Abdullah Al Dawood said.

According to QIC, the theme park, which will include competition water sports facilities, is meant to conserve water through recycling and smart utilization, in keeping with the company’s environmental aims.

When compared to more traditional options at other water parks, some of the attractions have been engineered to consume 75% less water. After treatment, the park will collect rainwater and use it for irrigation at the destination.

A Six Flags theme park and other entertainment activities are part of the Qiddiya project, which is being supported by the Public Investment Fund and the kingdom’s government. It will also have sporting amenities, such as a golf course, as well as an arts complex. It is being constructed on a 334-square-kilometer plot of land. QIC awarded a 3.7 billion riyal contract to start development of Six Flags Qiddiya in December.

The Qiddiya project, which is being built on the outskirts of Riyadh, is one of a slew of mega-projects being built in the kingdom as part of Saudi Arabia’s Vision 2030 plan to diversify the country’s economy away from hydrocarbons.

Neom, a $500 billion futuristic corporate and industrial zone that stretches into Egypt and Jordan, and the Red Sea tourist project, which includes a nature reserve, coral reefs, and cultural sites on around 50 islands, are two more projects.

According to Ahmed Al Khateeb, Saudi Arabia’s Minister of Tourism and Chairman of the Tourism Development Fund, tourism is one of the fundamental pillars of the kingdom’s reform strategy, with the kingdom planning to invest more than $1 trillion in the sector over the next ten years.