Saudi Arabia launches a package of technological initiatives worth $1 bln 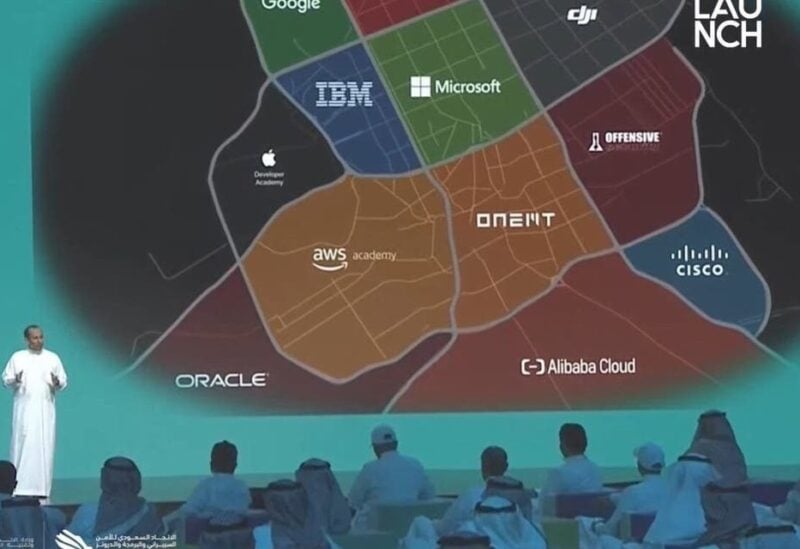 12 technology giant companies announced that they are working to establish their regional headquarters in Riyadh during the “Launch KSA” event. (Supplied)

Saudi Arabia has announced a package of technological initiatives and digital programs with a total value of nearly $1 billion in cooperation with ten of the most important tech giants in the world, according to the official Saudi Press Agency (SPA).

During the “#LaunchKSA” event, international companies announced that they are working on establishing their regional headquarters in Saudi Arabia’s Riyadh.

The Chairman of the Board of Directors of the Saudi Federation for Cyber Security said that the Kingdom aims to have at least one programmer out of every 100 citizens in 2030.

The Digital Technology Forum on ‘Promising Investment Opportunities for a Digital Future’ brought together the international IT and emerging tech (ET) industries, global investors, and digital technology experts.

Apple, Google, IBM, Microsoft, Amazon, Oracle, Alibaba, Cisco, ONEMT, Trend Micro, and DJI are expected to launch their headquarters or academies in Saudi Arabia over the next few years.

Apple announced during the event that it has selected Saudi Arabia’s capital Riyadh for its first Apple Developer Academy headquarter in the Middle East and North Africa region.

During the event The Saudi Authority for Data and Artificial Intelligence President confirmed that they are working to qualify 25,000 specialists before 2030.

The Minister of Communications and Information Technology Eng. Abdullah al-Sawaha announced the manufacture of the first smart chips in the Kingdom by Saudis.

The President of the Saudi Authority for Data and Artificial Intelligence said: “Crown Prince Mohammed bin Salman aims to make Saudi Arabia one of the top 5 countries in the world in artificial intelligence.”

The Kingdom’s progressive spectrum strategy places it second among the G20 for spectrum allocation, enabling many of the emerging technologies that will shape the future.