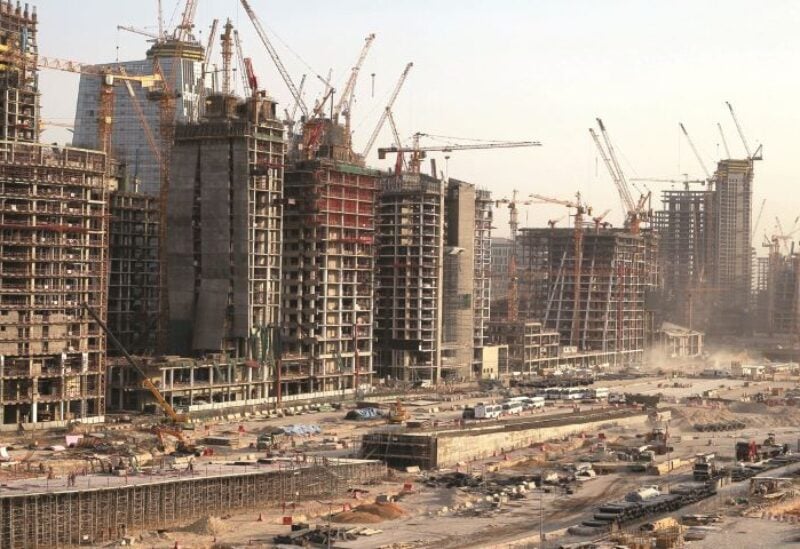 Since its inception in 2016, Saudi Arabia’s Vision 2030 program – which aims to diversify the country’s economy – has unleashed real estate and infrastructure projects worth $1 trillion in the Kingdom, according to an analysis published by Knight Frank, a global real estate consultant.

Five years ago, Saudi Arabia’s ambitious Vision 2030 plan was inaugurated, setting out to undertake a significant shift in many areas. Its main goals were to create a vibrant society, a thriving economy, and an ambitious nation.

“Saudi Arabia is a country being reborn,” Faisal Durrani, Partner at Head of Middle East Research at Knight Frank, said in a press release.

“The ambition that underpins Vision 2030 is being borne out in reality and we are rapidly closing in on $1 trillion of developments, all of which are colossal,” Durrani said, adding that this is only about a third of the total spend planned.

He added that the number and value of mega projects in Saudi Arabia will transform the Kingdom’s real estate landscape and its standard of living.

According to the analysis by Knight Frank, nearly $300 billion of the total spend is dedicated to new infrastructure in the Kingdom.

“The scale of infrastructure improvements in the country is phenomenal,” Durrani said, adding that the targets laid out by the government for attracting 100 million annual visitors to the country by 2030 means that “both adequate and first-class gateways need to be created.”

The analysis explained that the cruise industry in the Kingdom is set to create up to 50,000 jobs nationally, according to the Public Investment Fund (PIF), and 1.5 million cruise visitors are expected annually by 2028.

The analysis by Frank Knight highlighted eight new planned cities on the country’s Red Sea coast, where almost $575 billion is being spent.

Saudi Arabia’s futuristic city NEOM will cost an estimated $500 billion. It is being presented as a new vision for future cities and a global center for innovation, trade, and creativity.

The Kingdom’s capital, Riyadh, is “poised to become entrenched as the commercial nerve center for the Kingdom,” the analysis added, with mega projects worth an estimated $63 billion.